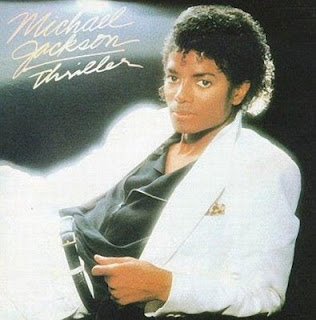 Michael Jackson's last album was in 2005 and it flopped.
His last live performance was in 2002.
He was in financial ruin after defending himself against child molestation allegations in 2005 (he won his innocence but lost his fortune) and forays into business and real estate were not amounting to much.

His management had just admitted to him that his forthcoming final curtain tour would involve 50 dates and not the 10 he had previously agreed to.
He was addicted to painkillers.
He had a dodgy cardiologist living on his premises who seemingly did not realise the dangers of heart drugs or drug combining. Or perhaps he just couldn't say no to a patient clearly panicking about a massive tour he was highly unlikely to be up to after a 7 year break from performing and all the emotional angst of having to defend himself against another set of parents happy to 'pimp' their young son out to his companionship, doubtless in hope of a massive payout, regardless of the innocence of their child's encounter with the star (and frankly I find it more likely that Mr Jackson was verging on the asexual than a bona fide kiddie fiddler).

I recently met someone who spent much of their professional life working as close personal bodyguard for one famous rock star and actress after another. He told me that they grow entirely dependent on their management whom it often suits to have them believe they can trust no one in the world except them, and then go on to begin controlling every aspect of the star's life, to the extent of even persuading them to marry a fellow star if they think it will be beneficial to their career. If the star is not intellectually very bright, or has a drug dependancy problem, they will often encourage this to further keep them under the thumb/their own parasitic gravy train going. Not that it is Michael Jackson's fault he was not intellectually gifted - being a child star from the age of 5, he had scarcely received an education.

But musical genius aside, I think it is highly likely Michael Jackson would have been classed as a 'vulnerable adult' in the real world and been offered the appropriate help. Of course the one thing his Management couldn't control was his mental instability and liability to blurt out naive ill-considered comments in public which might reflect badly on him, despite the beatific smile.

'Colonel Parker' apparently had a hand in Elvis' slow demise. Dylan Thomas was aided to his own premature death. Now Michael Jackson. Have 'they' accidentally killed their golden goose yet again?

RIP Mr Jackson. At least no one can torment you any more. And thanks for all the memories (though I think we all wish you hadn't gone to such pains to look like the love child of Elizabeth Taylor and Kirk Douglas, probably even you eventually, when it led to such cosmetic problems for you. I therefore attach some photos of you looking magnificant just the way you were - and the way most of us treasured you most.)

Advantages of the Recession

1. We all become greener-by-default as we economise to save money. And grounded too, now we can't afford flights!
2. The renaissance of the Dunkirk Spirit as adversity brings out the best in everyone and they lend each other cups of sugar and sing 'Knees Up Mother Brown' in the street round the old Joanna.
3. The resurgence of more spiritual values as we realise materialism isn't everything (now that we can't afford it)

Perhaps you can think of a few more while I cheer myself by fantasising about what manner of pad I'd like when I'm wealthy enough. Yes, I have decided to allow my name to be put forward for the directorship of a failing bank. I reckon for £609m I can offer real VfM by throwing in a free Poet-in-Residence role too. And funnily enough I did used to work for Royal Bank of Scotland many moons ago. For £3.69 an hour. Though to be fair we were issued with free teabags and a bright blue and green tartan uniform which glowed in the dark. I wonder if they will make their new appointee wear one. I do hope so. 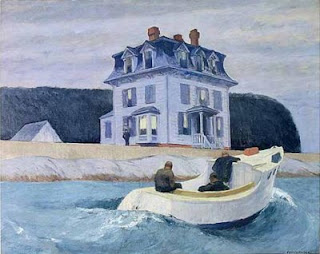 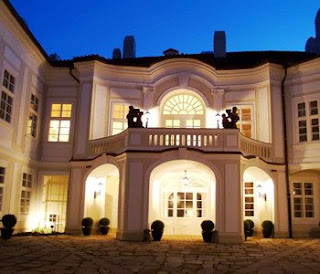 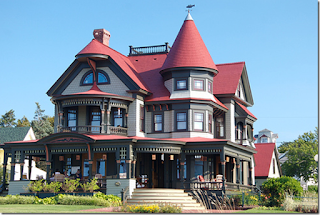 Quick, Have A Baby While Stocks Last! 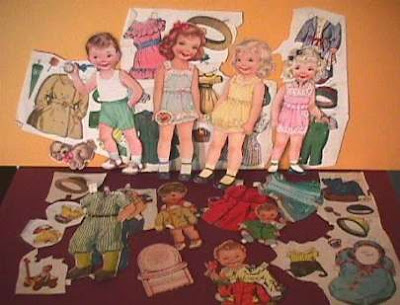 Every time I switch on the TV or open a newspaper lately, it seems that some patronising medical 'expert' (usually male) is still harping on about how women under 35 should hurry up and have children.

Why does this smack of some subversive government 'programme' to re-stock the nation's cannon fodder? Are they planning another war in 19 years or so? And excuse me, but isn't this supposed to be an overcrowded planet which can scarcely sustain the population it already has? What's with all this drive for more childbearing? And if there is some population shortfall, aren't our under-age teens lying back and thinking of England enough to fill it?

I thank my lucky stars to have been free of hormonal (and particularly) patronising expert bullying as to what I should do with my body, when, and to have realised that it is perfectly possible to live a happy and fulfilling life minus the pitter patter of tiny Kickers. I mean make no mistake, I adore any child over the age of two who doesn't bear an uncanny resemblence to the Devil's spawn (and over on More4 last night Supernanny was contending with a 3 year old who thought that spitting in his mother's face and laughing was hilarious. Or perhaps he was just conforming to the thuggish number 2 haircut and matching baby-thug outfit she had inflicted on him), but it is sure is nice to hand them back at the end of the afternoon or evening.

Anyway if I'm meant to have one, doubtless someone will leave me one in a carrier bag on the doorstep and then I'll know it's meant to be.

Meanwhile above are some paper cut-out-and-keep children. Polite, planet-friendly, no school or University fees, a credit to you, don't answer back, keep their rooms tidy - who could ask for more?
Posted by The Poet Laura-eate at 4:46 pm 17 comments: 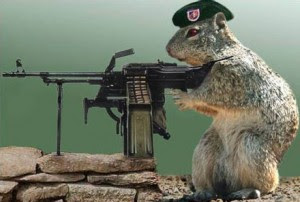 Rumour has it that the grey squirrel has decided there are too many Royals and that it is about time there was a cull of the less useful, one might say parasitic, variety.

Seriously though, regular readers of this blog will know how partial I am to this little critter and may even recall my previous posting on its ethnic cleansing

Of course the Red is cute too, but is it really necessary to kill the Grey rather than simply providing it with birth control? What a bloodthirsty nation we seem worryingly eager to be when there might be more humane solutions, befitting our British conceit about ourselves as a civilised society.

Or perhaps the Red Squirrel loves a foodstuff that the Grey Squirrel hates - marmite - for example, which could liberally be spread about our parks to incentivise and encourage the Red, but discourage and deter the Grey. Nature is normally pretty good at self-regulating after all, so perhaps it just needs a little nudge here and there, rather than full-scale genocide.

On the other hand if the problem is really that the Grey Squirrel is so much hardier and fecund than the Red, perhaps they could lend the Red a gene or two! 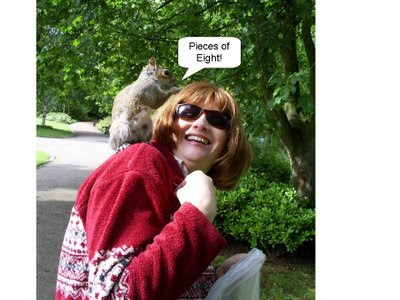