The Wisdom Of J Paul Getty 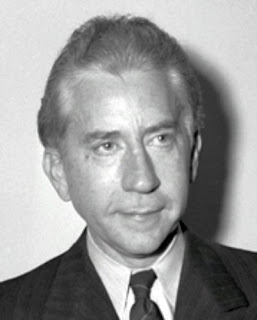 The Dumb of Smart 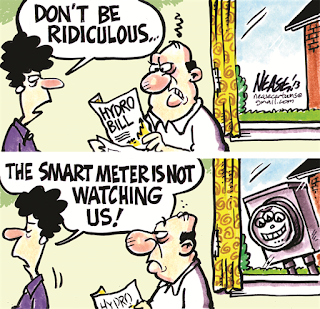 There is a legal obligation on all energy companies to complete their smart meter roll out by 2020. This will be pushed back to 2025 at which point county court bailiffs can apparently come round to your property and insist on replacing meters.

After the deadline customers will be openly charged £405 to ‘upgrade’ their meter to  a smart meter, even though we are all paying for them through stealth via our bills anyway.
It is no longer possible to request an analogue meter from an energy company. They do not provide them.

Currently the policy of many energy companies seems to be to deny the best tariffs to customers who refuse smart meters (the legality of which is being explored).

All of which begs the question:

Why does our government care what type of meters citizens have, never mind make it compulsory in a democracy???

1.       They know smart meters don’t save money
2.       They know smart meters are not free – they are added to people’s bills.
3.       They know they are not greener – people who can’t afford to use energy (or who are genuinely environmentally woke) will carry on switching things off and being frugal. The careless or those who can afford unlimited energy will carry on using vast or unlimited energy including to heat up their swimming pools, pool rooms and outdoor jacuzzis and to run their banks of automatic gadgets and lights.

The following is also well known.


There are health concerns about EMF waves and their potential to detrimentally affect plants, pets and people, especially when operating 24/7. At least your microwave is not in use 24/7.
As for the cartoon above, many a true word is said in jest! Our comings and goings will be known to our energy company and who could blame a call centre worker on minimum wage for selling this information on to those who might take advantage while we are on holiday? You can bet the energy company itself will be using this information to take commercial advantage.

I have just heard an advert on the radio for an insidious new 'campaign to help create a smarter Britain', hiring the naive voice of Jane Horrocks to convince us of its planet-saving innocence, albeit with the questionable claim that UK electricity needs are predicted to DOUBLE by 2050.
WHY?
IS the UK population predicted to DOUBLE in only 30 years?
How can that be, and if we are all going greener/using less?
I think we should be told.

Interesting too how this push towards 'smart technology' is ironically pushing us to use more and more energy whereas analogue and even manual use far less or none - anyone else remember when they used to have to open their own garage door manually, wind down their windows manually, put the sunroof up if it was hot, etc etc and there were far fewer devices of every hue in our homes. Indeed most rooms could get away with one plug socket! This point is also highlighted in my previous post 'The Internet of Things We Might Not Want'

As for Sir Elton John, he appears to think you can make private jet miles disappear simply by making a financial donation to a carbon offset charity!!!!!!!!!

I manage a number of properties in my daily life and those which have smart meters installed are already showing demonstrably higher bills so they are doing the consumer no favours.

According to Fiona Parker's excellent article in yesterday's Money Mail, they are also leaving a lot of customers very angry....

Not just me then.