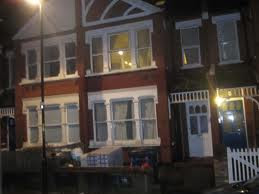 This weekend I watched a particularly odious episode of Location Location Location where a northern self-employed dad and his graduate daughter traipsed around London looking for the ideal one-bed flat for her in preparation for starting her first job. It had to be in a certain area, have certain period features, have the light coming in from a certain direction in the mornings and not be too far from the tube station, lest daddy's little darling have too risky a walk home at night. Oh and be under £200k (dad's only stipulation since he was paying), with some decent night life nearby. After an exhaustive search Phil and Kirsty hit upon the ideal flat. Except that it was in Tooting. Kimberley stuck her bottom lip out before being persuaded to revisit the other flats in more desirable areas. Finally she accepted that the others were shoe-box like in proportion compared to the Tooting flat and she must prepare to make what was evidently the first compromise of her young life.

Eventually Phil swung the deal and won a smile from the little madam. Poor daddy got nothing, not even a thank you, let alone a hug and a 'You're the best daddy who ever lived, ever!)

Today I read that parents and grandparents are being encouraged to raid their pension funds to get their offspring onto the property ladder. Well obviously, they weren't going to do anything better with them, just squander them on heating, lighting and food, that sort of frippery. Luckily many pension funds are locked down with tight conditions and huge early release fees to save those parents and grandparents who would be so foolish as to listen to Nick Clegg from themselves. But it's not just about the undeserving Kimberleys of this world who've yet to do an honest days' work and seemingly take familial handouts and free flats for granted. Helping youngsters pay ever more exorbitant prices for ever smaller properties is helping no one and coming generations won't stand a cat in hell's chance of getting anywhere near the bottom rung of the property ladder, let alone on it, even with the family's entire piggybank of savings and pensions heaped upon them. Then there's that pesky student loan to pay back before they can properly start their adult lives. Small wonder that the marriage age and first child age is also rising ever upwards.

With all these factors in mind I ask:
And why aren't these measures being considered before the more outrageous notions of forcing elderly people out of their family homes, some of which may have been in their family for generations or building on the green belt and allowing unregulated back garden developments? As for the 'mansion tax' on properties of £1m+ proposed, that assumes that somone living in such a house has assets to go with their bricks and mortar. Not always the case. Not only is there much genteel poverty around, but sometimes what started off as a relatively modest family home may have jumped from £30k to £1m in the space of forty or so years purely because of the location of it, not because the house itself is in any way grand or mansion-like.
Posted by The Poet Laura-eate at 12:17 am 6 comments: