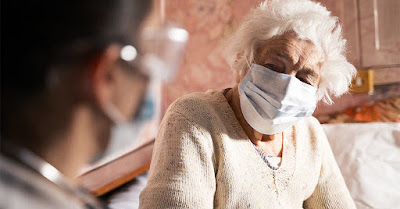 I recently went for a job managing the premises of a care home complex and was horrified to find that post-Freedom day, post jab, the poor residents (now inmates) had fewer human freedoms than a Category A prisoner!
And despite life in the city/on the beach being pretty well completely back to normal less than a mile away.
I mean some of these folk are in the final months/weeks of their natural lives anyway, so to deprive them of anything they want or restrict family and friend access is totally out of order. Cruelty, no less, since those with dementia are unlikely to be able to comprehend why they are being treated like this.
And wasn't the wonderjab supposed to protect them from the rona?
Didn't BoJo tell us around this time last year that once the elderly and vulnerable were 'done' all restrictions would be lifted?
So much for care home 'dignity and respect' policies. So much for BoJo and his bogus promises.
Needless to say I dodged a bullet with that role. Apart from the bs, I couldn't bear to have been complicit in and witness to that level of human cruelty.
Weeks later, we are now hearing that thanks to govt's attempts to mandate the jibjab for staff or they lose their jobs, some care homes are lacking enough staff to get residents up, washed and dressed in the mornings! Some may even have to close!
Things just get worse and worse for poor care home residents, and paying through the nose for such treatment, to add insult to injury. So much for 'safeguarding' issues. These appear to be completely out the window now. I wouldn't be surprised if corporate manslaughter charges are eventually brought by some families.
It is literally criminal what is going on in the care homes.
And none of it's the law, just govt 'guidelines' (which are differently interpreted by each establishment.) Even more alarmingly, when I looked at the latest Care Quality Commission (CQC) report for the establishment where I had an interview the CQC were clearly now ONLY judging care homes on their rona-prevention measures, not the actual quality of care and how residents are treated.
Posted by The Poet Laura-eate at 12:10 pm No comments: 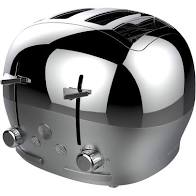 This is the longest break I've accidentally taken from my now-14 year blogging career.

Not because I don't have anything to say, but because I have too much and most of it would be banned, which in itself is pretty sinister, for do we not have a human right to spout sh*t on our own blogs and social media, if that's what it is?

Isn't it up to genuine readers to decide what does and doesn't ring true?

So I will share an analogy of just one aspect of what I am currently trying to get my head around re the world situation.

A Product Like Any Other...
Let's say a brand new toaster came onto the market.
While some people swore it warmed the bread to some degree it soon became evident it didn't actually seem to toast anything and sometimes injured the user in the process of trying to make toast, yet not only could individuals not return the product, they found they had no consumer protection under it, had to pretend to everyone else that it worked and if they expressed any doubts about it, found themselves social media shamed for 'spreading disinformation'.
Those who questioned the toaster's necessity in the first place or pointed out it was not the only way to make toast, found themselves branded 'conspiracy theorists' or 'anti-toasters', bullied and coerced into acquiring it and even threatened with no job or freedoms if they didn't.
Apparently no one had toast until everyone had toast!
As if that weren't bad enough, they were required to sign up to three toasters a year (or two plus a booster toaster) to get 'normal' back!
If they didn't, that meant other people died and it was their fault for being 'selfish' (apparently), though no evidence was ever provided of this assertion.
While many who complied with accepting the toaster realised it wasn't what was promised on the box (ie safety and freedom), and a significant number didn't quite feel right after using it, or noticed mysterious illnesses or deaths in their family, colleague or friendship circles, somehow this didn't prompt them to join the dots or speak up.
Was it peer pressure?
Was it herd instinct?
Were they too embarrassed to admit they could be wrong?
Were they earning a living promoting, distributing or selling the toaster?
Did they have shares in the toaster manufacturers?
It was all very mysterious as humankind had got along perfectly well before the toaster was invented.
Meantime it was all their Christmases at once for the toaster manufacturers. They had truly never come up with such a moneyspinning mass market repeat product! And to wangle liability-exemption as well! But it didn't stop there. Having intially stated it would only be for the 'elderly and vulnerable' they quickly got their sponsored technicians to tell governments that everyone needed their product including children.
The moral of this story? This is just a PRODUCT at the end of the day and like any other PRODUCT, it needs accountability and liability, including pulling from the market if it does not work or causes more harm than good.
There are MANY highly qualified independent medical/scientific/legal experts out there demanding this needs to happen who have been deplatformed for their views. Go search them. They have nothing to gain and everything to lose by speaking out. So why would they if they weren't genuinely concerned about what is going on? And why hasn't there been a nationwide product risk assessment at the very least?
Posted by The Poet Laura-eate at 9:44 am No comments:

It's been a sad beginning to the year with the loss of two acting greats.
First, my favourite actor
Hal Holbook (1925-2021), a Tony winner, five-time Emmy winner and Oscar nominee (1925-2021).Hal performed his original one-man show 'Mark Twain Tonight' all around America for more than 60 years - each night producing a different show based on his encyclopedic knowledge of Twain's entire works! He also played film and TV Presidents, Senators, lawyers, priests and villains, including starring as President Lincoln himself in the original mini-series. A wonderfully wise and intelligent man as well as a mesmerising actor. I previously wrote a piece about Hal here For more info, here is his wiki entry
Only a couple of weeks later
Christopher Plummer (1929-2021). Many women swooned over him as Baron Von Trapp in The Sound of Music, but I thought he was sexiest as Sir Charles Lytton, the jewel thief in Return of The Pink Panther. However this Canadian star did so much more as well with an illustrious international stage and screen career spanning seven decades. Here is Christopher's wiki entry. 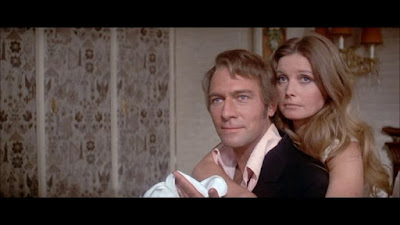 I have the autobiographies of both men and they are superbly honest and well written. Hal in particular seemed determined to tell the truth at all costs. Interestingly both grew up without fathers yet ended up often playing patriarchal or authoritarian figures.  Moreover both made it to their 90s with stage and screen careers spanning seven decades. Extraordinarly though it seemed they never actually worked together. though their paths must have almost crossed multiple times.

Each was an inspiration in his own right, but particularly Hal.

Posted by The Poet Laura-eate at 8:08 pm No comments: