Greetings (and apologies) From The Grave 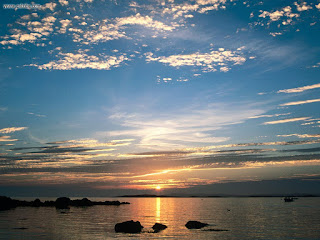 Recently I felt prompted to book a sitting with a recommended medium called Louise Eaton of Hove just out of curiosity - to see if anyone I once knew had a message for me - and maybe a few words of advice or celestial wisdom to share.

After a stunning message from a young relation where she produced over 20 items of accurate information about her life (which I can't share here for extended family reasons), Louise brought through a surprising message which I can share, from my late father, who as a staunch atheist would have held no truck with life after death or any such 'superstitious nonsense' when alive.

All of the following is absolutely true though, including the very specific place he fell on the stairs before his final admission to hospital and then nursing home. This was on a mini landing in between two staircases and the bathroom in my parents' home. Not a usual house layout. She also referred to his mind - he suffered from an unspecified form of dementia in his final years.

Had a messy study
Had collection of something in frames (coins or stamps?) (both)
Nice voice
Didn't take any nonsense from anyone.
Not co-operative or patient
Was in army (National Service)
Chip on his shoulder
Angry at being raised to eat meat
Fell on stairs or in-between stairs and bathroom prior to last illness
Something wrong with finger
Something wrong with mind
Didn't like catheter
Ran away from hospital (several times) in pyjamas. Caused nurses a lot of trouble
He'd had enough in the end
Can think clearly now
Good luck with researching building to save it (reference to a current project of mine)

A week later I found myself on a ghost night at Preston Manor where there were two mediums who surprisingly also had a message from my father.

Very organised and tidy but got messy as years passed
Difficult character.
Didn't suffer fools gladly
Everything revolved around him
My mother put up with a lot and did a lot for him.
Chip on his shoulder
Sorry that he was so hard on me as a child
Watching over me.
Is proud of me ten times over
He can think clearly now

So he's apologised for my harsh childhood at last, albeit from beyond the grave...

My mother has now booked an appointment to receive her apology!