You Gotta Keep the Hamster Alive to Keep The Wheel Turning 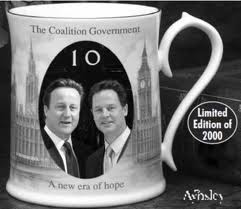 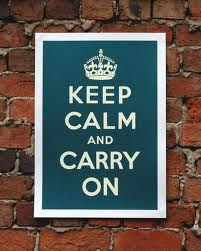 In the wake of Chancellor Osborne's wielding of the £83 billion axe, decapitating a headcount of 1-in-10 public sector workers, coupled with the government's refusal to end banker's bonuses, cap footballer's pay, plug the brain drain or address the criminal wastage in the NHS, I find myself distinctly underwhelmed, if not exactly turning French to take to the streets.

And the French only have to work to 62 and there's riots in the streets – whereas we have to work to 66 and merely shrug our shoulders about it! Though of all the injustices to protest about, you'd think there was little arguing against the fact that most of us are now living longer, save those who worked in manual trades, and where allowances could more fairly be made than by the former system of gender division.

Meanwhile the banks continue to refuse to lend money to small businesses, systematically strangling the life blood out of one of the few resources for job creation, while companies large enough – even James Dyson - have stiffed the British economy by making their names here and then largely relocating to take advantage of cheap third world labour, expecting us (shortly with no jobs) to carry on buying their products.

In the midst of the number of jobs being slashed in every sector and quangos being quashed, the coalition government has decided in its wisdom that benefits are to be cut for the long-term unemployed and those on long-term incapacity benefit, in tandem with the drive to force, er persuade, people to work longer into retirement. Never mind where are the jobs for all these people, shortly to be unleashed onto an already oversubscribed labour market, but where is the back-up training and support they are going to need if they haven't trained or worked for years, if at all? And in these cases, confidence is as much an issue as training and the jobs for them to go to. This plan also presumes a society which has now successfully dispensed with ageism – one of the main reasons older redundant workers are actively encouraged to develop depression and a drink problem and opt for long term incapacity benefits. It's just easier and there's no need for them to show up on those inconvenient jobless figures.

Does it not occur to the Government that every time a job is cut, so is a consumer and that UK employees are also UK customers in many cases? If every former consumer is to be reduced to rent, bills and bread subsistence level, then all other goods and service providers may as well shut up shop, reducing wage bills still further.

But is the Big Society for the people or what? Is it about to decree a 'right to work' alongside its enhanced legislation against disadvantage in the workplace on the grounds of disability, gender, sexuality etc, and is the 'right to work' a philosophical or an economical question? We live in a society where women walk around believing they have a right to have babies. Or not have babies. We believe we have civil rights, democratic rights and entitlements from the State. Some of us even believe we have a right to be happy, despite lacking a constitution on this. But what about the 'right to work' for every man and woman from 16 to 66? Would industry be forced to redistribute itself more evenly across our green and pleasant land to accommodate? And would we get to decree our hours, pay and commute time preference?

Previous governments have decided that the right not to starve, or die for want of affordable medical care, is more achievable, hence the inception of the 1948 Welfare State and its promise of care 'from the cradle to the grave'. If this government seeks to erode that promise, it better jolly well have a superior idea up its sleeve as countless generations fought, suffered and sacrificed to attain that basic birthright, abused as it may have been by the feckless of later generations.

But I suppose we are luckier with the coalition government than Eire is with a premier who looks like he just lost the country in a game of gin rummy for College rag week. 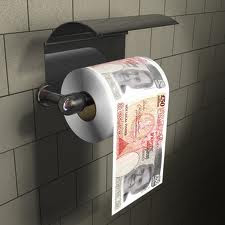 Nick Leeson was jailed for six and a half years for what today's bankers receive obscene bonuses for - namely bringing our banks to their knees.

This morning on Radio 4's Today programme, Barclays Bank Chief Executive, John Varley opined that most people wouldn't consider the expending of 15% of a business's total costs on bonuses unreasonable.

Well that's where you're mistaken and completely out of touch with public feeling Mr Varley. During a recession where the majority of British employees are suffering pay freezes, pay cuts and even worse, job losses, many of us feel that ALL bonuses are grossly insensitive and ought to be frozen indefinitely at the very least, particularly in the banking sector largely responsible for the economic black hole we now find ourselves in, and which taxpayers have been forced to bail out, so consequently we expect some gratitude and favours in return, in addition to seeing performance-related pay implemented.

As for the old chestnut that you 'can only recruit the top people by paying top banana', for all the good the 'top people' have done, a bank may as well let the janitor loose on the system to have a go. At least the janitor is more likely to consider the customer and the consequences of his actions and is less likely to be motivated by blind avarice.

Even the Royal Family during World War II recognised that it was politic to announce they were going to be consuming the same food rations as their subjects at the Palace which, whether a short-term gesture of support for their subjects or otherwise, contributed greatly to the public morale at a time when it was besieged from all directions. The Royals were never so popular indeed.

The banks do not even have the decency to make a gesture such as suspending bonuses or lending to small businesses and the demolition of our once proud nation goes on.

I urge everyone who feels as I do to vote with their feet and close any accounts with the big 4, taking their business to a smaller or more stable bank. I myself defected from the Royal Bank of Scotland to Smile internet bank (the online version of the Co-Op bank) nearly 10 years ago now. It was easier than getting a new credit card and banking regulations have long prevented your old bank making it harder for you than a tearful pleading phone call. Whilst my interest rate with Smile has sadly plummeted over the years to become as poor as the big 4, at least I have the comfort of knowing I am supporting an otherwise ethical and stable enterprise, and one which does not send me any junk mail or spam whatsoever.
Posted by The Poet Laura-eate at 6:43 pm 7 comments:

It is a truth universally acknowledged, that a poet in possession of a modest critical reputation must be in want of an obligatory nature poem.

Here's one a neighbour's cat helped me pen earlier.

There's a change of shift that happens every night
When the birds knock off and the bats take flight
Supervised by Owl Foremen to ensure they're doing it right
Nature goes sonar in sound, save a few snuffles on the ground
Pipistrels squeak, all mouth and no beak
Protesting against their seven day week
As the badger parade vacuum the hedgerows of excess insects
And Mr Fox does his rounds for unprotected food and/or sex
The hedgehog fraternity practice crossing the road along with their rabbit brethren
As contrary to belief they're not in a hurry to get to heaven
Legend has it that chickens teach them
Though personally I don't believe them
The birds are waiting in the wings
Until the first cockerel cues their dawn chorus to sing
And indoors our alarm clocks begin to brrrring