What Has Switzerland Got that UK Hasn't...? 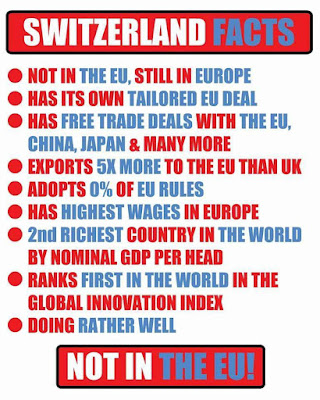 Can we borrow them?

PLEASE?
Posted by The Poet Laura-eate at 8:53 pm No comments:

A Climate of Climate Change 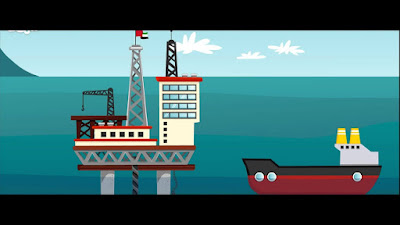 When I was a child I remember being scared rigid by children's encyclopedias warning me there would be no oil, coal or gas in 20 years time. Fossils were finite, apparently, and we greedy humans were to blame by using them all up.
But how will we live? I used to wonder.

Fast forward more than 30 years later - and guess what? We are still using oil, gas (and imported) coal. We have just sold our electricity off to the French, Spanish and Germans and closed our coal mines down in favour of cheaper (imported) coal.
So much for national energy and food security - once considered so vital to our country by 'the experts' - all of which now appears to have gone out the window.

Today's children are being similarly scared that the whole world is running out of everything and somehow they are to blame.

I consider this monstrously unfair, particularly when they have so many more pressures to contend with than my generation of children - bullying via social media for example, a 50% family split rate, the thought that they may never own their own home, among others.

Now children are being encouraged to skip school to take part in climate change protests.
Is anyone telling them the truth though?
Actually kids, yes, the world is in a mess, but it's not your fault.
What you can do to help though is lobby your government to ban cheap imports and anything which is not repairable or recyclable. You can take a stand against a throwaway society which encourages you to over-consume, unchecked and largely unregulated.

It is then just a matter of being sensible in your own homes.Switch it off if you're not using it, have 4-minute showers, wear a jumper before you put the heating up, boycott single-season fashions.  Think about the number of flights your family takes, walk and cycle as much as possible, etc etc. If you have a garden, cultivate it for the bees and butterflies, grow your own organic food and plant a tree or two if space permits. And don't upgrade your devices just because you can. Make them last as long as possible.

If every family embraced simple commonsense measures to consider the environment, what an instantly much better world it would be. None of us need to have a complicated understanding of environmental issues. We just need to do our bit and being sensible is about the best thing anyone can do. My grandparents didn't know the meaning of the world environmentalism but were greener than anyone I know - purely out of economic necessity and scarcity - see poem I wrote about them here. People can be green by simply not wasting stuff is a message I think is often lost these days.

And yes, we do need to be more responsible in terms of overpopulation - to prevent it in future - not to penalise those already here. Ensure the entire world has access to free contraception for starters. Ban free fertility treatment. Give people a tax break for remaining child-free or adopting a child who needs a good home. Economic incentives are a proven mass behavioural influencer.

We also need to beware of greenwash and unnecessary fear mongering. This doesn't help anyone, particularly if youngsters end up so paralysed by fear, they become medicated or turn to addictions rather than growing into fully functioning members of society ready to do something genuinely useful with their sense of social responsibility, their 'wokeness'.
Posted by The Poet Laura-eate at 9:49 pm No comments:

The Oxymoron of Mandatory Organ Donation

From 2020 the NHS will assume we are happy to donate any or all of our organs unless we have 'opted out' and organ donation in UK will become mandatory.

From the number of online commentators supposedly unbothered by this change in their status from living human being (which you need to be in most cases in order to have your organs successfully harvested) to property of the state to use as it sees fit, one could easily assume there should be no shortage of genuine organ donors.

So why this mandatory move? What are the NHS doing wrong that so many altruists are not having their wishes respected with regard to organ donation? In other words, why the shortage of organ donors?

And what of those of us who wish not to be donors? How do we ensure our wishes are respected, whether for religious or ethical reasons? Or those who are perhaps happy for say, their kidneys, to be donated, but not their eyes, skin, bones, face etc?

I remember when we were simply asked to carry a kidney donor card. Now, rather like the taxman, they want the lot!

I foresee a time, possibly within a decade from now, when every human body will be routinely cannibalised, sorry, harvested, of all useable and saleable parts with a whole macabre international trade in body parts springing up in UK, the prime cuts of course, reserved for the super rich. We also live in a world which increasingly seeks to make money out of we human beings to the zenith - literally from the cradle to the grave. AND sell off our NHS to boot.

Yet another nail in the coffin of the sanctity of life and respect for individuals and their wishes.

Not surprisingly this change to the Organ Donor Act is linked to the emotive case of two blonde, blue eyed angels, one alive thanks to the death of the other, dubbed 'Max and Keira's Law'. A tragic case to be sure but also a success story in so far as organ donation worked in this case, so why the need for a law named after these children which compromises the human rights of the rest of us? It smacks of emotional blackmail.

To echo another rallying cry 'My body. My right to choose!' I for one have zero confidence in a so-called 'opt out' system when none of us have any idea of the manner or mode of our deaths and it will probably be a case of 'Act first. Ask questions later', particularly when donation decisions need to be made so quickly in order for most organs to be viable when they require a still-beating heart.

Oh, and by the way, in case you weren't bothered by your organs being harvested around a still-beating heart, there is no such thing as 'brain death' according to Dr Byrne (video here)
Posted by The Poet Laura-eate at 8:47 pm 2 comments:

The Germans have a word for improvements which make things worse. Verschlimmbesserung.


Here are just a few of the Verschlimmbesserungs our country has committed:


I suppose we have the term counter-intuitive, but that does not really encapsulate this syndrome quite as well.
Posted by The Poet Laura-eate at 10:16 am 1 comment:

The Cafe From Hell

My union is very proud of itself. It is introducing a 'menopause cafe' at my workplace which women 'of all ages' are encouraged to attend to learn about the menopause and support each other and...wait for it...men are invited too, in the spirit of inclusivity!

Call me strange, but I would sooner pull my own toenails out one by one, even if I were at that stage in life, than join such a cafe, let alone tell my boss all about my intimate bodily functions in the expectation of special treatment.

Nor would I wish a condition to define me, should I be unlucky enough to suffer it. 'What do you remember most about _______?' 'Oh, I remember she had very bad menopause symptoms.'
Some gift to the world, huh?

Notwithstanding, women who are having a bad menopause are advised to cut caffeine and sugar out of their diet as this could exacerbate symptoms! Therefore a cafe is the last place they should go!

I also wonder how women who don't have to work for a living fare compared to women who do work. Do those who don't have a symptom-free change of life? What if it is all down to workplace stress? Of which there is no shortage where I work, so perhaps they should think about a more pertinent type of cafe.

For me a 'menopause cafe' is disempowering as it makes women 'the problem' yet again, discourages employers from employing us and does not fit with either equality or 'dignity at work', which we are all legally entitled to. Yet again we are returned to victimhood status owing to our gender. This level of overshare in the workplace is an equally unattractive prospect to me. Some things should remain between you and your loved one (or doctor).

Moreover there are plenty of alternative treatments on offer, or, if the worst comes to the worst, the dreaded HRT.

Interestingly it seems menopause symptoms are an invention of the 20th century and our 19th century ancestors did not suffer them. Too much artificial food, chemical and stress bombardment in our lives perhaps? Just look at how diabetes, obesity, allergies and other conditions have skyrocketed within living memory.

Men are known for mid-life crises. What cafes and special treatment will they be offered when they enter the womenpause, I wonder? Will women also be welcome to come along and understand what they are going through? And do men receive a constant steam of patronising cards through the post reminding them to have a 'scrotum scrape' every three years and that 'an appointment has been made for you' etc as if they are incapable of making an appointment for themselves should they want it?

Posted by The Poet Laura-eate at 11:38 pm No comments: 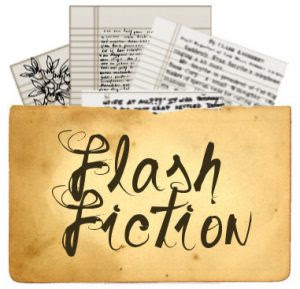 A couple of recent attempts at Flash Fiction.

'Attached entity? What a load of rubbish. You need help!' exclaimed the young man to the medium, after she stopped him in the supermarket.
The oleaginous winged creature clinging to his back shook with grotesque laughter, before urging him past the food to the booze aisle to fill his trolley.

The microchip in his arm pulsed and a voice in his head announced. 'You're not needed at work today Trevor. Have the day off and report for extermination at 6.30pm at Endings walk-in centre. We've uploaded a credit for the last meal of your choice.'
'Ah well, you can't argue with progress...' reasoned Trevor.