The War on the Elderly 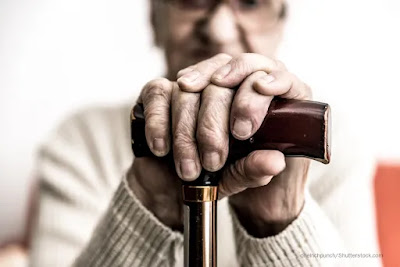 Free TV licences are set to end.
Free bus passes are regularly threatened.
Most final salary pension schemes have already been phased out and peers now plan to end the triple-lock on pensions.

Any senior citizen unlucky enough to contract dementia has it treated as a separate illness to all other illnesses (under the NHS umbrella) and is expected to pay, even if that means selling the family home they have worked hard for all their lives. They even face a surcharge to subsidise all their fellow sufferers who were not so careful or hardworking.

My generation will potentially be expected to work until 75, irrespective of whether we do a job of manual labour. Working until 75 will also have a cataclysmic effect on all those with elderly parents, spouses, neighbours or grandchildren to care for and result in massive bills to society if they can no longer fulfill all the unpaid roles that retirement facilitates and that society relies on, if it did but realise it. Never mind all the charities and good causes reliant on volunteers.

Moreover if older workers are supposed to retire to make way for the young, how can they?

Meantime those facing retirement are encouraged to 'unlock the equity in your home', having witnessed absolute nose dives in savings interest rates over the years. Notwithstanding the more their resources dwindle the less able they are to take financial risks (ie shares) which might ultimately benefit them.

Even on the leisure side of life there will be unintended consequences. Cruise lines will go out of business as no one will have the time or money to go on long holidays any more. 3rd Generation universities and other institutions and businesses  will become surplus to requirements.

Then there is the NHS being privatised by stealth. That 'freedom from fear' that we all valued for so long. The Victorian Poor Law which took a world war to finally transform into the NHS in 1948. Private health insurance will swipe yet another sizeable chunk from every citizen's budget.
Anyone born pre-1948 inception of NHS was promised care 'from the cradle to the grave.' Class action against the government called for breach of promise?

Finally every financial penalty to the elderly has a trickle down effect in that it renders them less able to support the younger members of their families or leave legacies to them. Already we are seeing a current generation of pensioners who are not as financially 'comfortable' as their parents were. The knock on effect can only get worse, generation on generation.
Posted by The Poet Laura-eate at 10:53 pm 1 comment: