Why The Theft of Public Assets Must Be Stopped 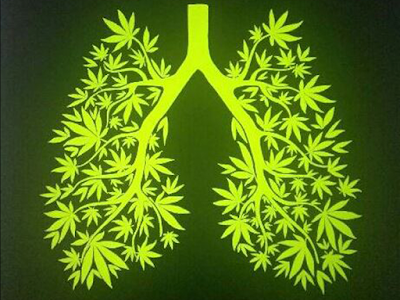 Just like the green lungs of parks, the community lungs of libraries, community centres and day care centres are also at threat from councils up and down the country wishing to flog off these vital community assets to greedy developers.

But the horror continues when you consider how many of these same parks, libraries and buildings were donated to the people of that town or city by philanthropists and charities and NOT to its council to become its own family silver to rob the citizens of at will.

Here in Hove, there have been repeated threats to Hove Library (donated to the people of Hove by Andrew Carnegie in 1908 and erected on donated land) over nearly 20 years, to the extent that it appears Brighton and Hove City Council employ an individual full-time to devise ever more fiendish ways to run it down, make it unviable as a Library and carve it up to let to businesses, yet it remains popular and cherished and a lifeline to many, and despite the fact that it now apparently has to 'generate income' to justify its continued existence. Which begs the question; What next? Will state schools also have to start turning a profit by housing businesses within?

How can councils be allowed to disregard the physical and mental health and needs of their tax payers like this? We now have both a Minister for Loneliness and a Suicide Prevention Minister and mental health issues are going through the roof, as is homelessness and other social ills, all creating more vulnerable and socially isolated people with fewer and fewer community resources and facilities to turn to.

Is there no legal challenge which can stop these public thefts by public servants, particularly when public assets have been donated for the benefit of that town or city by a late benefactor, who would doubtless be spinning in their grave to know what was mooted for their gift to posterity and public memorial?

To dispose of public assets is nothing less than an act of fraud against the public.

Furthermore once these public assets are gone they are gone.  It is not just a matter of the lost buildings and land. We now live in an age remarkably free of philanthropists with many wealthy people feeling no religious or other desire or duty to give back to society, let alone consider posterity, particularly in UK. It has become a me, me, me society where money is all.

Once it was unthinkable that we could ever lose our greenbelt protection but it is happening and the rot is spreading to the point that it is almost wholesale. Nothing is safe or sacred.

To listen to councils who seem to be able to see no further than the budget for the year ahead, you could be forgiven for thinking human beings no longer have the same human need for parks, community facilities and spaces as we've all emigrated 'online'. They seem to make no connection with the level of social isolation, mental health issues and criminality rising up, sometimes purely because there is nothing else for people to do. More and more individuals are feeling uncivicly cared for. Unimportant. So they either lash out against society or pursue a nihilistic or self-destructive path, often costing society a great deal more money in the process than the preservation of the facilities which might have prevented their downward spiral.

Last week in Brighton an inquest heard how a talented middle-aged artist died within a year of his day centre being closed, his social worker convinced that losing this facility effectively signed his death warrant with his mental decline following a clear trajectory immediately after the closure.

Posted by The Poet Laura-eate at 8:28 pm No comments: