Do We Get the Politicians We Deserve? 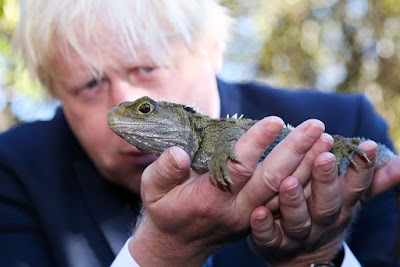 Today we got our very own Prime Minister Trump! Brothers by other mothers. Both confirmed liars and sociopaths (that's a psychopath without the axe), they yomp through life believing that everything is there for the taking. And they take it.

And we let them.

Serving the public and being a public servant couldn't be further from their minds. It is all about THEM, not what is best for their country.

But wait. Are we complicit in ending up with them?

Are we so negative and critical and cynical of all politics and politicians that no sane person in their nice mind would now consider putting themselves forward for a lifetime of public scrutiny, criticism, abuse and blame for everything down to the weather?

Has it become a chicken and egg conundrum? What came first the self-serving politician or the cynical voter?

While this particular battle was an internal one inside the Tory party. abstaining from voting seems to be the alarming means of general protest for a growing number of British subjects. But the irony is abstaining is NEVER seen as a protest against whatever array of undazzling potential leaders happen to be on offer. Abstaining from voting is seen as a BIG FAT assumption that you do not care who rules you. Silence should never be mistaken for agreement, but of course it invariably is. And 'don't care got nowhere' as our grandmothers were so fond of telling us.

If we can be exulted to be 'passionate' about a brand of ice cream or a variety of coffee, why so luke warm about the things which should matter most and have the potential to have the biggest effect on our lives? Like our leaders?

Bad things happen when good people do nothing. Whinging about who rules us or Brexit does not count as doing something.

The French Government live in fear of their electorate. We need to follow suit and aim for a bloodless coup or two. When we've all decided what we actually want, that is.

Meanwhile Trump couldn't be happier to have his Little Brit bro' ruling Britain.
Posted by The Poet Laura-eate at 9:29 pm 1 comment:

Consumerism Will Kill the Earth 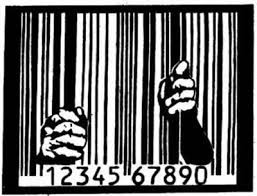 Even Extinction Rebellion is conveniently neglecting an inconvenient truth.

We cannot have rampant consumerism driven by limitless economic growth AND save the earth.

They can stop as much traffic as they like, causing as many additional fumes as they like in the gridlock. Here is what ER are NOT campaigning against:

Finally, while there is much each consumer, sorry, individual, can do, it is OUR governments who permit all of the above to be produced and sold and do nothing to discourage overpopulation.

We also need to remember that most people only modify their behaviour when they have to.

Poor people are generally automatically careful in their consumption. Wealthy people have no fear of the bills and will probably carry on wasting as many resources as they can without a second thought.

Limitless economic growth is not sustainable. On any level. Fairer wealth distribution and sensible reproductive levels are what is needed. Along with economic stability worldwide. We give ourselves the right to control animal populations when we deem them to be overbreeding (and by and large animals are far more sensible than we are and will only breed according to what the land can support) but fail to control our own numbers, and at the morally appropriate juncture, creation.