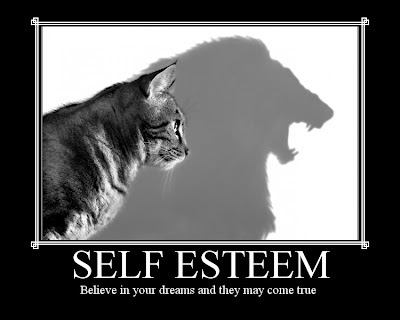 The quality of male life I attract is akin to that beneath a stone!

I don't mind getting older as long as I don’t resemble a moose.

That pose as our friends while undermining our self-esteems

Telling us what to think, do, fear and wear this season.

Though I do have a hang-up about my lack of insecurities... 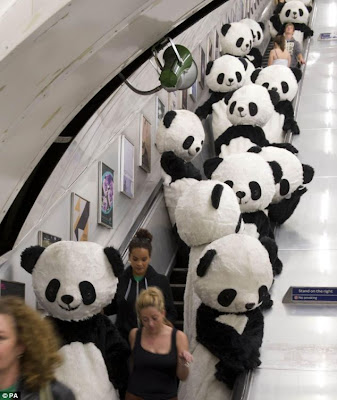 What better week to return to blogging than the first ever world Panda Awareness Week?
Who would have thought our OxFringe show Panda Pride! would have led to it and BamBam and BooBoo's world dominational aspirations weren't just a pipe dream?
; - )
Seriously, it was a most enjoyable debut show and made the Oxford Times, but I doubt it held quite that much sway! Besides which, our pandas rather prided themselves on their rarity, and being lazy, decided they rather liked captivity and having 'servants' (aka zookeepers) too. If only they could get their paws on more doughnuts (the proper ones with jam in, that is), their lives would be complete. Well almost.
Anyway, Panda Awareness Week - surely more uplifting than National Continence Week, though personally speaking, I like to hope I celebrate that particular week every week!
Funny how some charities/causes get a day dedicated to them and others a week, a month or even a year. I wonder why that is. Who decides which cause merits what?
Following our brief surfing of the panda zeitgeist, aside from sorting out and amalgamating my many hundreds of electronic files from over the years into meaningful folders and subfolders and binning the rubbish (can't believe I used to be so untidy!), I have begun work on a World War I screenplay which I hope to have finished in time to attract TV commissioners for the centenary of the outbreak of WWI. Am not going to say too much about it at this stage for obvious reasons except that it is inspired by an aspect of the Home Front which has seldom been covered before, but owing to this factor, requires many times more research time than writing time.
Another reason for my recent blog-lag is that so much terrible stuff has been going on with the banking crisis/recession, I didn't want to pen any more depressing posts about it, looking at the more-than-enough postings I have previously written on this subject. Suffice to say that my own bank accounts and credit card are well away from the big 4 banks and have been with the Co-Op for some years, so I reckon the most positive contribution anyone can make is to vote with their feet on the matter and kick these financial institutions in the bottom line! Notwithstanding, I may have to revise my policy following the recent Co-Op funeralcare scandal. Are there no companies left with ethical credentials to be trusted I wonder?
I once started writing 'The Armchair Anarchist' about all the things an individual could do to make the world a better place if they were as lazy as me, but somehow it never got finished surprise, surprise, and meanwhile the world became a great deal more complicated as derivatives and hedge funds and Russian-doll like bodies which swallowed one another until the original could no longer be seen, let alone held accountable for anything, became the norm, among many other fiendish schemes designed to scramble our brains into spaghetti as we try to keep a grip and make sense of it all. Perhaps 'The Armchair Analyst' would be more useful now, to share tips on how to stay sane when all around us has gone mad.
So, I am going to try and raise the number of more positive postings from now on, though I cannot promise to forego the odd rant entirely!
Posted by The Poet Laura-eate at 4:41 pm 8 comments: