Confessions of a Former Green 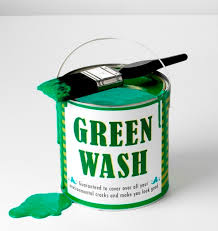 As the child of vegan, tree-hugging, organic-gardening atheists long before it was fashionable, let alone de rigueur, I had little choice but to grow up believing that green was good.

Nightmares about overpopulation even drove me to the GP at 18 and again at 23 to request sterilisation. On both occasions I was turned down on the grounds that I was 'too young' and would be 'bound to change my mind later'.  Last week I heard on the radio that 20 years later young women like me are still being turned away from their GPs on the same grounds, no matter that it is apparently possible for a four-year old to receive trans-gender treatment on the NHS these days and over a decade before reaching the age of consent (is this even legal?) who is clearly not deemed 'too young' to know his/her own mind, let alone required to go through the myriad phases, moods and experiments of a standard-issue child, before finally deciding who and what they are.

But to get back to the point, scared rigid by the oft-repeated threat in children's encyclopaedias that 'the world's oil supply is predicted to run out in 20 years' - a rolling '20 years' in hindsight it would seem, I was 100% wholeheartedly in favour of being green and lived frugally and carefully for years, doing my bit to recycle every jar, every piece of string. purchasing very few new clothes, until I realised my behaviour was sailing dangerously close to my parents' joint hoarding habit which meant we hadn't had friends to visit since 1981, and taught myself the reverse joys of throwing away 'that might come in handy one day'.

As I grew older, it dawned on me that my efforts were completely eclipsed by even truer greens in the family - my grandparents - to whom all such ideology was anathema. Childhood poverty the Depression and wartime rationing had dictated their green credentials.

I penned the first green policy of several early workplaces on my CV, before such things as Green Officers and even Global Warming (now Carbon Reduction) Managers came about, let alone a whole 'industry' of green experts, whose job it seems is to write impenetrable and interminable reports to help each company satisfy various industry benchmark criteria which they have created. Even Pest controllers now market themselves as 'Environmental Services', no matter that most of their activities are the opposite of harm-free when strong poisons and chemicals are deployed.

My green policy documents included such common sense tips as 'only fill the kettle with the amount of water you need' or 'swap your power shower head for a normal shower head' or 'Wait until you have a full load before using washing machine and program on economy cycle'. I pick up other people's nowadays and scarcely understand the jargon contained within. As if in sympathy, power bills have also become unreadable so we cannot tell what we use and what it costs any more.

Bit by bit, my commitment to greenness was being chipped away, not least when an anti-car activist of my acquaintance was espied taking driving lessons!

Now I don't know if global warming is true or not. We've had a few ice ages when no one was apparently around to cause them after all. And new motorway banks always seem to sprout up within weeks of the rock blasting, thus proving some kind of natural resilience. This doesn't mean I am a climate change denier, just an independent. Especially since I have noticed all the green taxes being levied by various governments make it somewhat expedient to carry on promoting that the world is in trouble. Well it may or may not be, but the world's management does not seem to be taking it seriously enough if so. Consumerism and built-in obsolescence is being allowed to continue unabated for starters. Countries are allowed to use carbon-offsetting to carry on polluting! For all our green pretensions we have never lived in a more materialistic or more throwaway age. Even buildings which used to last at least 100 years are constantly replaced with some in central London being bulldozed and rebuilt on average every 5 years. We have never lived in an age of greater global population. The list goes on of why it's hard to take the green thing wholly seriously for all the pious proseltyzing on the subject.

But to get back to basics, of course saving things and not wasting them is a good idea and absolutely fits into the 'good ideas box'. We should value earth's resources more than we do and not take them for granted. We should think of future generations and the type of world we want them to inherit (ie one careful
owner, though it may be a bit late for that). We should strive to be reasonably
minimalist when it comes to too many possessions, unless of special sentimental value, in which case they are generally recycled from previous generations anyway. This is the type of brass tacks greenness I understand.

I am not and never could be an extreme green who advocates 'depopulation'.
And what is that anyway? I think they should explain themselves. To 'depopulate' suggests some sort of fascistic activity with sinister overtones once human beings are already born and possessed of human rights. Free contraception, properly distributed and encouraged around the world, and I'm on board!

As for me, my main personal contributions to greenness have been lifelong veganism (unless you count the air miles of my mangos and spirulina), minimal personal flights (around 2 a year), oh, and no ankle biters, despite the unhelpfulness of my GP.