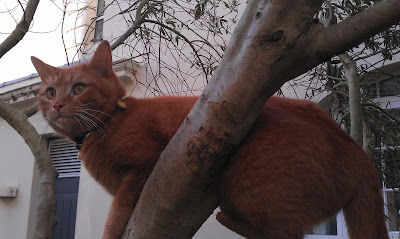 I used to moan about it at the time but how we miss having to build in those ten extra minutes to run away from our cat each time we left the flat! Having eagerly clocked us donning coats and shoes, you'd follow us up to the communal gardens at the TOM, lagging behind and then breaking into a sprint, half racehorse, half baboon up the street, our black boy Django, also in tow, shyly weaving between parked cars.

I'd try to distract you by slapping a tree and teasing 'Bet you can't climb this tree!' and you'd always fall for the bait, scrabbling up the tree to show off while we tried to escape! Sometimes we'd split up doing detours round different streets to confuse you. Once I hid behind a lamp post round the corner. You stalked carefully past and then miaowed loudly in triumph when you spotted me as if to say 'Ha Mummy, I caught you!'  You liked to jump over the wall at the front of the gardens to surprise us with a mighty 'Miaow!' as well, lest we thought we could creep out the gardens without you spotting us.  We didn't want you following us up to the main road though, which you nearly did, on a couple of occasions.

It was particularly funny when punters were drinking outside the Bottom's Rest on a balmy afternoon and saw you following us. 'Just taking the cat for a walk.' I'd joke. I loved that determined look in your golden eyes. You were a natural cathlete. And of course this culminated in the Bottom's Rest being the only pub we could go to - where you could come too, much to the delight of the punters, again coaxing Django in too (as long as there were no dog-shaped objects). Not that dogs bothered you. You had no hesitation in squaring up to them and biffing them on the nose to show them who was boss.

Even funnier was when you had Django and Monster (a neighbour's black cat) in tow and all three of you would follow me to the communal bins at the end of our street. You were the leader of the pack. How they miss you now, not knowing what to do with themselves, although Monster often calls round and sits on the windowsill seeking a playdate. Poor Django hardly goes out though, except for little five minute bursts through the day. He's lost so much confidence since we lost you, even though we do our best to play with him and give him extra attention.

You loved the warm summer nights running around the neighbourhood when it was virtually impossible to get you (and Django) in, though we did our best to get you both in overnight. And once you gave in and allowed yourself to be captured with the aid of a meaty stick you always seemed happy to settle down, secretly pleased to be relieved of your catly duties for the night, even if you'd never admit it. Then you'd be bright and bushy tailed next morning, ready for a new days' adventures.

One time Django went missing overnight and we were really worried. Then you went missing too. We called you both all over the neighbourhood only to find you were both stuck in an empty house where some numpty had left a cat flap which opened inwards but not outwards again - you had gone to rescue Django and ended up trapped yourself, the two of you together!  You were both chastened and well behaved for several days after that experience and we found it sweet how you cared for your 'brother by another mother'. A cat demonstrably caring for another cat. How about that? But then you'd always been Django's friend - which is how Django came to live with us when his young owners lost their flat and ended up moving to places unsuitable for a cat. I remember how you almost high-fived each other with your paws each time you met  - two young dudes on the same block and him in need of a leader.

Another time Oliver got chatting to a man in the pub, only to find out that he lived round the corner from us and had woken up one night to find Mr Cheeky asleep and purring on his chest, having somehow got in through the first floor window! You were also a daily visitor to Gordon at Gwhizz bikes around the corner, inspecting all the bikes and amusing his customers.

A few weeks ago I had to contact the decorator who painted the courtyard of our flats last summer regarding an unrelated job and he asked how you were. I had to beat back the tears as I told him. The decorator was also very upset as you'd made it your job to be his Supervisor for those weeks he worked on our courtyard, inspecting the paint tins, the brushes and the workmanship! I had assumed you were being a bit of a pain and apologised at the time, but actually he loved you for it!

Everyone agreed you were such a character. A legend, no less.

Django is so timid without you. It's sad to see. While it seems far too soon, and there'll never be another Mr Cheeky, I think we will need to think about another friend for him. I don't think we should let him be a lone cat for the rest of his life.

It has been five months since you were so cruelly snathed from us and your wonderful life and neighbourhood by that awful couple, yet I find myself missing you as much as ever, particularly now the sunny days and balmy evenings - your favourite - are on their way again. I particularly miss how you would always spot us walking down our street from about half a street away and start running up to greet us. Or how we would drive round the corner and you would be there, always waiting and listening out for our car to return. Or finding you mooching round the communal gardens patrolling them and seeking out the catlovers on benches to be fussed as I returned from an errand.

I hope the day will come when I will be able to think about you with a smile on my face rather than a lump in my throat, but meantime I must stop writing about you now, my beloved.  We are going on holiday next week, so I hope that will prove a healing experience. As for Django, he will have a live-in catsitter, a nice Australian lady who also loves cats, but we are still conscious that it will be the first time we will be away without you to keep him company and play with him, assuring him that yes, we will be back! The only thing I guess he doesn't miss about you was how you'd naughtily try to lick the gravy off his catfood as well as your own, so I ended up having to feed you in separate rooms! On the other hand you could be generous, but you also needed to remind him you were top cat, lest he ever forgot! 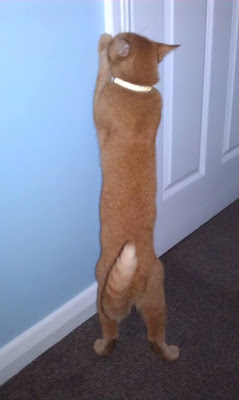 Posted by The Poet Laura-eate at 5:47 pm No comments: 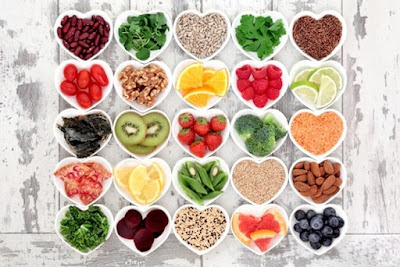 Having been brought up in a 'macrobiotic' household long before such things were fashionable (my first chick peas were served to me in a petri dish at the age of six, for goodness sake!), I find myself both astonished and bemused by the cult of 'clean food' that is now all around me and the millennials trying to outdo each other on various Facebook groups with vegan oneupmanship, not to mention the not at all morally dubious trolling of any vegan novice who dares to commit a crime such as spreading honey on their toast or letting their child enter an egg and spoon race with a real egg!

However, while it's great to have access to so many amazing new foods, I do wonder about the environmental impact of having up to a dozen exotic ingredients from as many countries on each plate! Talking of which - I never bother with any other but Hawaiian Spirulina dahling - the rest is very second rate... 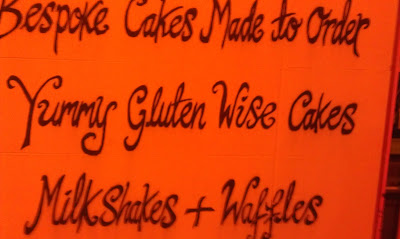 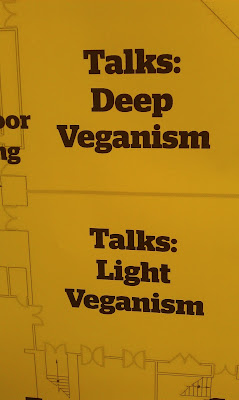 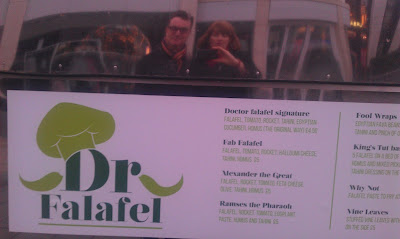 Posted by The Poet Laura-eate at 12:42 am No comments: