The Adoption of Reconciliation...? 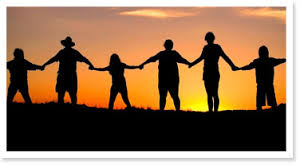 A colleague in her twenties, *Jenny, shares a flat with three female flatmates in a nearby town. Friends since childhood, Jenny is the only one of the four whose parents are still together.


Of Jenny’s three friends and flatmates, one sees her father a couple of times a month for a meal or cinema outing, interspersed with weekly phone chats, and the other two do not see their fathers at all. Their fathers have moved away, remarried and started new families. One sends his daughter Christmas and birthday cards but makes no effort apart from that. The other has apparently told his daughter bluntly; ‘I have a new family now. You’re my past.’ and wants no contact at all.

Needless to say each flatmate has been affected to a greater or lesser degree by the outfall from their parents' break-up and the flatmate who has experienced total paternal rejection is, not surprisingly, the one most affected in every aspect of her life as her friends/flatmates find themselves consoling her over one disastrous relationship after another and her daily struggles to hold down a job and control her weight whilst feeling worthless most of the time, despite plenty of assurance to the contrary.


As a caring and loving father who has not seen his (similarly aged) daughters for three and a half years now since they decided to reject him and take their mother’s side following an acrimonious divorce (not of my partner’s choosing, much as he accepts his share of responsibility for the marital breakdown), my partner finds himself in the opposite situation. Although in his early 50s, he has borne much emotional trauma and not a few health issues as a result.


So upset has he been over the loss of his daughters I have (not entirely jokingly) suggested that since there are clearly rejected adult children out there as well as rejected parents like him, maybe he should start a ‘late adoption’ agency so that rejected parents and rejected adult children could all be matched to the parents and children who really need them and value that relationship in their lives. Such 'adoptions' would also benefit from a blame-free zone since there would no history between them.


None of us can control what others think, do or choose after all and blood is not always thicker than water, particularly if certain family members are not open to any kind of forgiveness or reconciliation or another member of the family is coercing them or giving them no choice but to take sides through threats of dire consequences if they re-establish contact.


Ultimately, no one should allow their lives to be ruined by decisions that others have made, particularly if, like my partner, an individual has been prepared to do everything within reason to offer the olive branch and help the healing process commence, but has been blocked and prevented from doing so at every turn.

I am not a child of divorce myself, but a child of dysfunctional parents who had their own unique ways of screwing kids up and making them feel worthless so I have some understanding of difficult family situations. It took me many years to come to terms with my upbringing and realise who I was so that I could finally be at peace with them.

As the serenity quotation goes;


Grant me the serenity to accept the things I cannot change,


The courage to change the things I can,


And the wisdom to know the difference.

*Jenny is not the real name of said colleague. 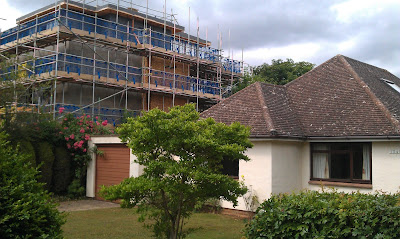 While the photo scarcely does justice to the scale in real life, this is the block of flats being built next to my partner's mother's bungalow in a leafy Oxford suburb.

A perfectly respectable 1950s family home was demolished to make way for them.

Despite the artists' impression looking like a prison block (always bad news if even the artists' impression can't make a building pretty!) and the official complaints of both my partner's mother and various neighbours that it was unsightly and of inappropriate scale and style for the street, planning permission has somehow been granted.

Even the builders have apologised to my partner's mother and agreed it is 'hideous', which is saying something.

Unfortunately this scenario is all too common, not just in this suburb, but in suburbs up and down the country. Worse still, these are to be marketed as 'luxury flats' yet are pug ugly, of eggbox proportions and possess the small windows of prisons, despite the modern preference for 'spacious, light and airy'.  Further down the road a spacious relatively modern care home was closed and demolished a couple of years ago to make way for a disproportionately-sized nondescript block of contemporary flats, its balconies ornamental, too small to be used as working balconies. In Oxford city centre a whole development of disabled people were kicked out of their 1990s purpose-built low-impact homes in order for high rise eggboxes (and a larger Westgate shopping centre and multi-storey car park) to be built.

A friend recently rented such a flat in a new development elsewhere, owing to an emergency need for short-term accommodation, but moved out the moment she could owing to a leaking roof terrace she could not use and a second bedroom which fit only a double bed and nothing else, most of the space being taken up by an awkward corner containing a 'designer' triangular window with broken blind. Amusingly several neighbours tried to convince her to buy their flats when they heard she was renting. Many residents it seemed, had believed the developer's spiel, but found them less than ideal once they took up residence and a year later, were desperate to sell up again.

Naturally my partner's mother has been approached with a view to selling her modest bungalow, doubtless to face the same fate as next door. Indeed the developers would have made an even greater killing if they could have secured hers too and doubled their plot size. To her credit she declined and is determined to continue living there as long as she is able.

She has the full support of her family.

And while her own property may be of minimal architectural merit, it is at least appropriate in scale and of low impact to the streetscape, surrounded as it is, by greenery back and front including a tall hedge. It also suits her lifestyle as an older person and is a good space for family gatherings with its large living room and rear garden. Now she will enjoy no privacy in her overshadowed back garden along with the no peace she has had since the builders moved in several months ago. Luckily her husband is no longer around to see it. It would have distressed him greatly.

A former councillor friend often says 'You can spot the civic corruption in any town or city by its ugliest and most inappropriate developments.'

Which isn't to say that we don't need more housing, just that there are wider debates to be had and certainly a lot more public consultation about where housing goes, how it impacts existing communities, townscapes and facilities and what it should be like/how it can genuinely be more affordable without proving a blot on the landscape. Letting developers build more and more flats for wealthy young professionals is not helping anyone but wealthy young professionals.

Locally we note that a seafront petrol station has just been closed in Hove and is in the process of being demolished for housing. Who decided that this petrol station was surplus to requirements? I used it regularly and it always seemed busy with a small co-op attached, the only one in the area. The next nearest petrol station is around 2 miles away. In Patcham another petrol station is currently being demolished. Having targetted every suburban pub and stray bungalow, it seems Brighton and Hove developers have now moved onto targetting petrol stations. Even the one by Hove station has undergone two changes of management lately. I fear the worst.
Posted by The Poet Laura-eate at 2:08 pm 4 comments: 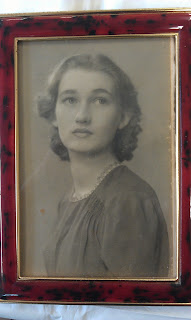 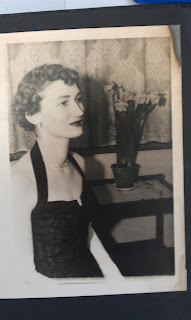 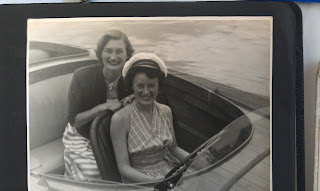 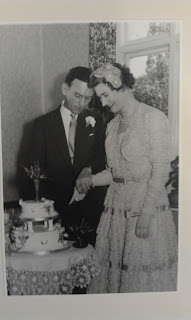 Following the death of my writer friend Margaret at the age of 90, last week I attended her funeral in Coventry.

No mean and mumbled half hour at the local crem for Margaret. It was a beautiful hour-long tribute in her local historic church immaculately arranged by Margaret herself some ten years previously (yes, that's how well organised she was!). Embossed invitations arrived through the post as if to a wedding, a heavenly choir sang her favourite hymns and little slips of paper inserted in the order of service booklets requested the contact details of all who attended. Surprising revelations in her son's eulogy about the secret passion for fancy dress and how Margaret was held at gunpoint twice on her travels over the years when venturing to regions where angels fear to tread.

I'm now half expecting a thank you note from Margaret through the post as that's the kind of lady she was!

A sumptuous spread awaited us in the flower-festooned church hall next door afterwards replete with wine waiters. All her photo albums were on tables. I was fascinated as I'd never seen the young Margaret before.

Struck by how lovely some of the photos were (one distinctly regal!) I discreetly snapped my favourites above when the opportunity arose as I knew Margaret wouldn't mind, being a fellow writer and documenter of life. In addition I have often been to funerals and seen at least one special photo I have never seen before and am likely never to see again, but felt it unseemly to bother the grieving loved ones for a copy.

Such was the case with a magical photograph of an ex-boyfriend at his funeral two years ago that I wished I had photographed a copy of. I suppose I am sentimental like that. I like to have a keepsake that makes me smile when thinking about a lost friend or loved one. And actually I prefer a nice photograph to any physical keepsake.

The photos of young Margaret reminded me of a nursing home where I used to visit my Great Aunt. Each doorway had a framed photograph affixed to the wall next to it containing a favourite photograph of the resident when young. This was not just an aide memoire to those residents who were losing their memories and looking for the right bedroom door, but a stark reminder to the mostly young care staff that their clients were also once young and to encourage them to see them as people like them who just happened to have lived longer, and not merely as they were now. It seemed to work. An ethos of respect permeated the home and Great Aunt Alice was well cared for.
Posted by The Poet Laura-eate at 11:34 pm 3 comments: