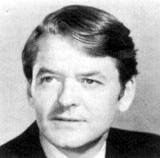 The Great Bread and Circus Cut-Off 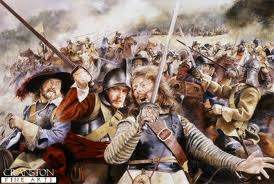 I've often wondered if and when every citizen in the country being financially squeezed, cut and taxed from every direction under the current government, except for the 1% superwealthy in secret charge of it all allowed to dodge taxes offshore and preserve and enhance their wealth in every which way (if Michael Moore is to be believed in 'Capitalism - A Love Story'), would lead to civil unrest.

However I hesitate to dignify the current riots as any kind of 'civil war' as they are so random as to cause little but bafflement amidst the general national alarm, not being directed at the obvious targets responsible for our nations' dire state such as the banks, the rip-off energy and petroleum companies and of course the government for treating the country like some giant train set they can play with, trying various things just 'to see what happens' and how far they can push us all before we retaliate, but evidently counting on terminal national apathy until now.

And as so many media pundits have pointed out, the rioters are largely formed of the dispossessed and the disenfranchised on the fringes of society, those who have seldom if ever held down jobs, have an average reading age of around 8, but in possession of computers and mobile phones and the ability to co-ordinate their mayhem via social networking sites. Many of these people are also dab hands at ultraviolent street war games on their X-boxes, so why not take it to the next level and give street fighting and cop killing a go for real?

Since pre-Victorian times, British society has recognised the need for the poor to be granted a certain quotient of bread and circuses if they are to placidly accept their lot, toe the line and be governed, if not granting them an actual 'Welfare State' until 1948 as national reward for WWII victory.

Now benefit cuts have started to bite as many begin realising they will not be able to continue to enjoy their 'bread and circus' quotient without turning to crime to finance it. Nor are they being offered the support, training or jobs they have been directed to obtain to replace their benefits, so what are they to do other than panic?

And let's face it, perfectly job-ready and job-functional individuals are being flung out of their jobs in ever increasing numbers, often without sufficient support and employment opportunities in their own right, possibly to end up joining the rioters, so what chance do the disenfranchised have?

It is a shame the lessons of history are so easily forgotten by governments, even if they live on as gene memories in the populace.

No doubt the army will be drafted in soon with their water cannon and other tactics.

Whatever happened to the dignity of the Jarrow hunger marchers of 1936?
The current rioters will not garner a fraction of the sympathy expressed by the nation towards the Jarrow marchers, even if it did take WWII a few years later to really change workers' lives for the better and see the introduction of a Welfare State intended to make sure no one ever need starve again. 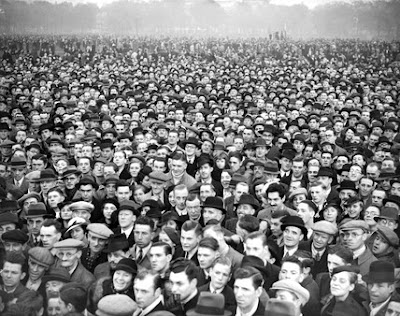 It's Lonely At The Top of The Food Chain 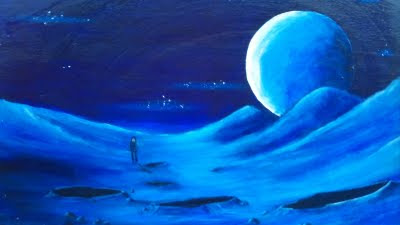 Whenever I've felt lonely in my life I've always consoled myself with Quentin Crisp's maxim: 'There's no such thing as loneliness, merely people who do not know how to spend their time alone.' Or masked my condition with my own homespun quip: 'It's lonely at the top of the food chain!'

For the past nearly ten years, I have kept myself so busy that any time alone, let alone time enough to grow lonely has become a luxury. Recently owing to various events in my life, I've finally had enough time to find I seem have joined a zeitgeist of people writing about loneliness and being alone, albeit hopefully not for too long.

In a recent blog hit - 'The Plankton' - a woman writes about 'being at the bottom of the sexual food chain' just because she is over 45, though to my mind having read her blog, she is more likely to be alone because she swears too much and has branded herself into a corner. Notwithstanding, she comes across as no less picky than the average 25 year old, despite her perceived diminished status, as it can't just be any old man she hooks up with but the 'right man'.

Sure there are shallow and immature men in the world, but how many can live up to the pressure and expectations of having to be the 'right man' and fit in with a woman's body clock as well as being just a nice, functional man whom one gets on with?

A young female lawyer, Emily White, has also recently written a book about her years of loneliness where her work life couldn't have been busier in stark contrast to the weekends which seem to rather unfathomably have been a black hole of emptiness for her.

Loneliness and social isolation have for several years been recognised as a state with serious health implications for the elderly who, depending on their level of health, do not always have the same choices and opportunities for getting out and interacting as the younger and healthier, and for whom grown-up children do not always demonstrate the same love and dutifulness as previous generations.

In the next ten years, single-person households which currently make up 30% of all households (or 6.5 million) are set to rise by another 2 million, with the bulk of these made up by females under 35, though elderly single households are also on the rise, an environmental disaster when people can't or won't share resources as well as one leading to all the fallout social isolation can bring.

Watch any episode of 'The Real Filthfighters' and they are stripping out and fumigating at least one house or flat where someone has died on their own and not been found for weeks, whether a drug addict or an elderly person who could no longer manage.

So has anyone in good health and under pensionable age got the right to feel so sorry for themselves in an age where we have never enjoyed more social mobility, more opportunities to try different hobbies, careers and classes, more travel, mobile phones, the internet and all its dating and social networking sites?

If it is merely a matter of learning better social skills and self-presentation, surely there's classes for that too. Or failing that, tutorials we can download from the internet, not to mention all the therapists and life coaches we can shake a stick at?

And do any of us have the right to expect our own exclusive (not to mention perfect) human being to address our loneliness for us, if that is what we are waiting/hoping for? And don't we have to be fit to offer a decent exchange in return rather than a depressed, tranquilised, self-pitying or drunken mess?

All this unhealthy self-absorption has also resulted in a dramatic decline in charity volunteering, one of the very activities said to diminish depression and feelings of isolation, though it is also said that turning our back on faith of any hue is also a major contributory factor, adding to the spiritual 'what's the point?' void within.

Before Princess Diana's tragic death, most of the nation retained at least a semblance of the famous British 'stiff upper lip', but now it seems entirely permissable to walk around with a wobbly one and very little self-restraint on the emotional front. But has all this openness really sorted many out or made them feel any less lonely? Or just more desperate-sounding and liable to push away that which we we might most seek even further?

One of the things which astonished me most about mobile phones when they became widespread is how many friends everyone suddenly seemed to have and whom they evidently couldn't live without speaking to at least several times a day! Not least when my own level of friends and frequency with which I talked on the phone with them remained roughly the same.

When all is said and done though, I have been no less guilty than anyone else of shocking levels of 'poor me' at various times in my life, much though I try to rise above it and often succeed, to the point I know it can be done, not least by a veritable youngster blessed with good health and reasonable sanity.

The painting at the top of this posting is by Coventry artist David Hale who has suffered from depression and alcoholism for many years. I consider it one of his most startling and poignant pieces of work.
Posted by The Poet Laura-eate at 9:36 pm 6 comments: