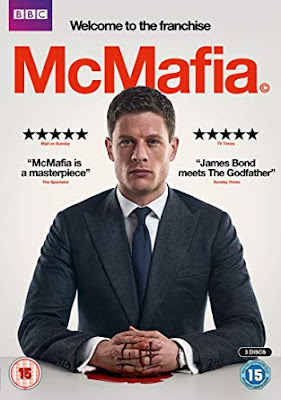 Strangely enough my partner and I had binge-watched John Le Carre's 'The Night Manager' earlier in the week and as I listened to the soothing English public school tones of Glenny, I briefly wondered if he was actually a Richard Roper on the side, knowing what he knows about organised crime and worldwide rackets. Who better after all?

Disappointingly there was a lot about geopolitics and very little about actual crime, let alone mention of a single death threat. Surely all these criminals did not simply tell Glenny the journalist about their criminal shenanigans, who was only going to tell the world and potentially ruin the scams they had going!

The nearest we got to drama was the mention of a Chinese girl gripping his arm in a nightclub in Dubai and trying to strong ch-arm him into her services. Like all good journalists Glenny said he 'made his excuses' and left.

It was not hugely surprising that London turns out to be the world centre for money laundering. We have all seen those former palaces in Kensington rotting away empty, purchased by foreign powers unknown and we all know that almost every new block going up to ruin London is being advertised off-plan to foreign investors almost exclusively, sometimes to never even be visited by them but act as their gold bars in the sky. Our property market in particular stinks and there is more than simple dysfunction or shortage at play. It was good that largely thanks to McMafia a new 'unexplained wealth order' is coming in. Though this only goes part-way to addressing the fact that the super-rich seem to be repeatedly let off the tax and money-laundering laws the rest of us are zealously held to.

In a world where we clearly all need our wits about us to avoid the scammers and exploiters who await us at every turn, Glenny is a huge weed supporter. However just as a vegan would argue there is no such thing as 'humane slaughter' I would argue there is no such thing as 'harmless dope'. The clue is in the name. No one needs their brain function impaired and their driving reaction times permanently slowed at best, and psychotic mental illness at worst.

No mention of the up and coming cocaine either and how this is leading to multiple murders in the supply chain in its own right - avocado. And how this is all Meghan Markle's fault for making them so popular! And like palm oil, avocado is obviously also decimating the rain forests somehow and needs to be stopped.

Glenny touched on Rockafeller and Carnegie as early adopters of the manipulated market and stranglehold cartel (oil and steel respectively) using private security enforcers but failed to mention that Rockafeller then proceeded to re-organise and monopolise modern medicine to suit his own purposes and wealth to this day, ensuring there was somewhere for all his petroleum by-products to be used for additional profit and that alternative medicines were denigrated, driven out and illegalised wherever possible. Tax-exempt charities and The famous Norman Dodd interview also failed to get a mention revealing that the 1929 Wall Street crash was fabricated. Remarkably Glenny (in view of all he must know) seemed to assume that the current recession was natural and simply caused by the banks going crazy.

Brexit was predictably seen as a negative, despite Glenny admitting that whole new markets in drug and human trafficking had sprung up to service the newly formed EU back in the early 90s. No mention of the one-world government we were heading towards though and all the new problems this would have brought.

The positives of Glenny's investigations and the future of the world were few and far between but I believe there was a large note of hope he completely overlooked. Namely that those who run the world (whether officially or unofficially) are in the minority, so it is up to us, the majority, to keep our ears and eyes open and question EVERYTHING. Don't walk around blithely assuming that everything is either being done in your best interests or that life will somehow work out for you. We have to be participants and not spectators. Drivers, not passengers. In other words - our own best friends - focussing on what we want in life rather than allowing ourselves to be ruled by the fear of what we don't want.
Posted by The Poet Laura-eate at 12:43 am No comments:

The Shame of No Shame... 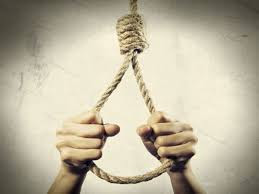 Last night my partner and I watched an episode of 'Trevor McDonald on Death Row'. One of the inmates Trevor interviewed was unhappy about being moved from Death Row after nearly twenty years to a normal prison after his sentence was reduced to three life sentences. His crime? He had murdered his wife and two young children after his wife had told him she wanted a divorce.

He had tried to kill himself shortly after the murders by jumping off a bridge but had been saved and resuscitated from the icy river water and made to stand trial.

To be in heaven with his family was his only wish and being in prison for the rest of his natural life was a punishment he could not cope with.

I was gobsmacked by this. Supposing there is such a place, what on earth made him think that he deserved to go to heaven rather than hell after murdering his innocent wife and children? Why did he imagine his slaughtered family would wish to spend all eternity with their murderer in the hereafter? What could be more appropriate than a hell-on-earth for the rest of his natural life?

While mental incapacity had been argued in his defence in the endless appeals conducted in his name, there are normally only two reasons for an individual to commit familicide. The ultimate act of control and the ultimate act of revenge, sometimes both combined. Such a crime requires intent. It is not impulsively committed, but premeditated. The convict admitted he was 100% guilty of the crime and had even had teardrops tattooed on his face to remind him to cry every day for what he had done.

The case made me think about how common familicide now seems to be. Seldom a week goes by without reading about another case in the newspaper (copycats?) and the online comments are illuminating. If a man has slaughtered his family and then himself, he is roundly condemned. If a mother has, there are outpourings of sympathy for her mental state and her poor innocent babies and 'may they all rest in peace.' almost as if it were some terrible accident they were offering condolences for rather than murder-suicide.  I cannot join in with this. Murder is murder and the vast majority of people know what murder is, no matter how mentally ill, challenged or depressed they might be.

Now that children have become possessions rather than gifts, there seems to be a disturbing trend of  'I brought them into the world - I can take them out.' Which is no better than the wronged partner or spouse who murders their partner with the justification; 'If I can't have you, no one else can!' Except that children are total innocents in the process and did not choose their warped parents.

What arrogance too to assume that no one else can raise your kids if you've chosen to check out of this world! You, who were offering them brutal murder as your idea of parenting. And in the knowledge that almost ANY other parents would do a much better job than a broken down one who is bent on taking their own life, and potentially their childrens' too.

Not so long ago suicide was deemed as 'selfish' and it remains against the law. Now the push for assisted suicide, ahem, assisted dying, appears to be making suicide increasingly socially acceptable, and not just for the terminally ill. However in the 'bad old days' of social stigma and condemnation, and even refusal to bury suicides in consecrated ground, I could swear there was a lot less suicide around. And religious belief and caring what the neighbours thought also came in handy as a preventative.

God knows we live in a world that feels increasingly designed to drive us all mad, but I assert it is our job to fight for our mental health, not give in. And at least not have children (or pets) if we have grave doubts about our ability to stay the course and be loving and responsible parents.

Doubtless I will be accused of 'suicide-shaming'. But in my view it is a subject which is not discussed and thought about enough (and considering it is estimated we have all had suicidal thoughts at various times in our lives), and a shame comeback might not go amiss in terms of reducing its attractiveness as an option. I have been on three suicide-prevention training modules indeed (lest I ever come across a desperate student in my work) and the course leaders have all urged that it is indeed a subject which needs to come out of the closet and have the root causes examined.

As for 'selfish', suicide remains a selfish act insofar as those attempted suicides who lived to tell the tale have admitted that they were thinking ONLY of themselves and their own pain when they tried to kill themselves and not of others or the pain their premature departure would have caused to their loved ones.

The late film star Robin Williams famously joked; 'Suicide is a permanent solution to a temporary problem.'  Which could be ironic if you happen to believe that he actually did commit suicide. But he left us a very true statement whatever the truth of his murky demise.

BY DOROTHY PARKER
Razors pain you;
Rivers are damp;
Acids stain you;
And drugs cause cramp.
Guns aren’t lawful;
Nooses give;
Gas smells awful;
You might as well live.

Posted by The Poet Laura-eate at 11:59 pm No comments: