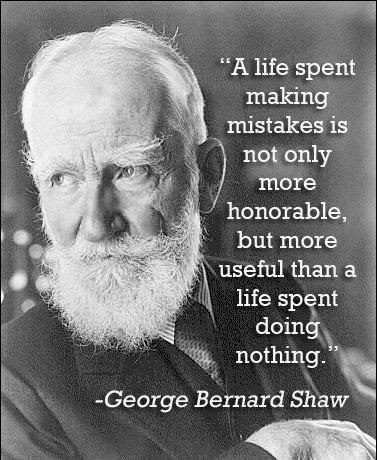 We live in terror of making mistakes, yet that is the very way in which homo sapiens learn.

A parent can tell a small child not to touch the electric hob plates on the cooker when they are on until they are blue in the face but it is only when the child touches a burning hot plate for themselves once the parent's back is turned that they accept their parent was right and it is a bad idea.

I know. I was that small child. And I've made a million mistakes since,
The only thing I can say in my favour is that I try to learn from my mistakes so I don't make the same mistake twice.

Trouble is there are so many mistakes to make!

Of course there are ways and means of REDUCING the number of mistakes a human being makes, not least by listening to and taking good advice or asking rather than assuming when unsure of something. Or simply by being determined to learn from mistakes and nip any behavioural patterns in the bud (ie if you are repeatedly attracting the wrong partner in your relationships).

When making a major decision, research and planning, or at the very least a list of pro's and cons can be enormously helpful in weighing up the options. On an emotional level, an unwise temptation can often be resolved, if determined to override natural instincts or alarm bells, by asking oneself; 'Does this fit into the 'good ideas' box or the 'bad ideas' box?' If you can't envisage a thing fitting into the 'good ideas' box, you have your answer.

For some people though it seems they use their mistakes to beat themselves up for the rest of their lives and allow regret or remorse to paralyse them from daring to make mistakes or take risks ever again. But what is that in itself but a big mistake? No one learns or progresses through stagnation.

Whatever the mistake, there are normally apologies or amends that can be made and forgiveness (if required) all too anxiously waiting to grant its' plea.

However the biggest stumbling block is forgiving oneself. for no one is a harsher critic than our own ego, whatever its public front of innocence, denial or self-delusion.

This culture of the frustrated perfectionist who has to appear perfect even though they might be falling apart at the seams or inwardly living lives of quiet desperation through not being true to themselves does no one any favours. At the extreme end of the wedge we see a growing number of mental health issues, suicides and even familicides by those who feel their lives have gone so far wrong, there is no way back, no redemption. Even more tragic, many have not even tested the truth of this personal assumption before they take some irreversible action to end their anguish, passing the baton of suffering on to those left behind.

In New Zealand a hundred and twenty individuals nearing the end of their natural lives were asked what their greatest regret was. Almost universally the answer came; 'I wish I'd spent less time worrying.'
Posted by The Poet Laura-eate at 11:09 pm 5 comments: 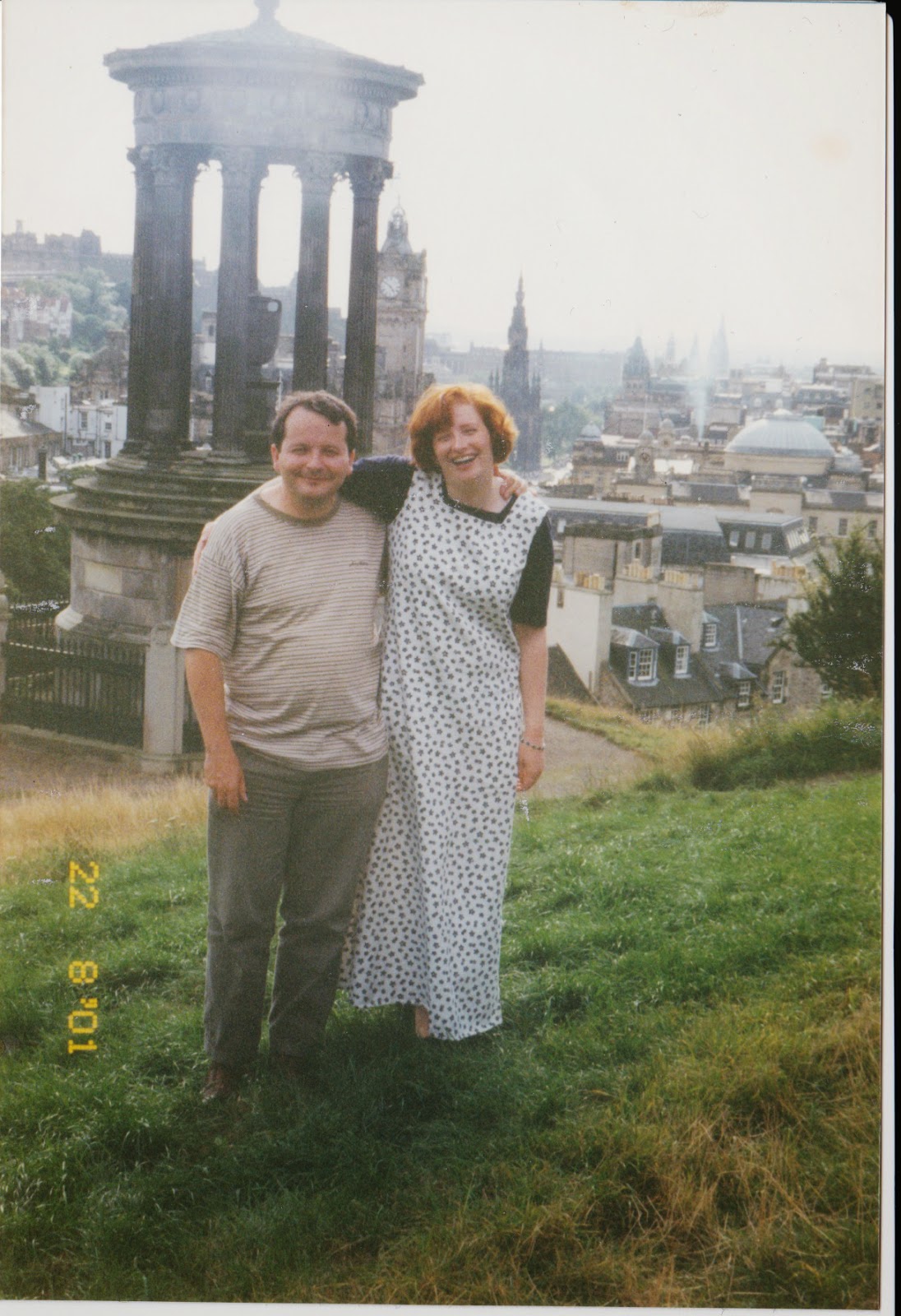 As a 5'11" individual with shoulders, which females are not allowed to have, it used to be quite a challenge to buy ladies clothes to fit and I would often end up wearing men's jeans and tops.

In my late 20s I decided to embark on a course of evening classes to learn to dressmake.

Here I am (with a friend) wearing the sum total of three years' weekly night classes at my local Further Ed College, though I also made a somewhat physics-defying brown velvet shoulder bag (not seen here).

I just couldn't think in 3D it seems. My long-suffering tutor Christine did not seem too upset that I decided not to embark on a 4th year.

Luckily female fashion for taller girls has since become a little easier to come by.

I still quite miss my dress though (lost in the mists of various house moves).  Maxi with a capital M and made of canvas a sailor would be proud of. I really can't be doing with all these pathetic spaghetti straps, which are no support to a big girl like me anyway.
Posted by The Poet Laura-eate at 8:13 pm 6 comments: