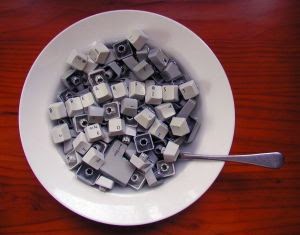 In some quarters I could be shot for writing this but maybe it's about time I started living dangerously considering I'm never going to die young of the usual artistic mores...

Confessions of a Reader Who Doesn’t ‘Get’ Modern Poetry

Everyone except me seems to be in the know
About why poems often interrupt themselves mid-flow
Or end a sentence in mid-air
Leaving me to divine some hidden meaning there
They focus in such detail on achieving the abstract
Won’t be pinned down by anything so mundane as a fact
An opinion, a meaning or some thing to get a grip on
It’s like having a mountain to climb without a clampon
Tantalizing and elusive they allude to realms beyond my ken
One day I’ll wake up and understand every word, but when?
Modern poets often claim they don’t know what it’s about themselves
So what chance do I, the reader, have? And do I have room on my shelves?
For all these tomes of complexity, the odd shimmering line here and there
That save them from consignment to Oxfam (and my innermost despair)
Seems to me modern poets delight in making readers like me feel idiotic
Readers who are otherwise quite intelligent, or at worst, quixotic
Of course I can choose the easy life, I can pretend to comprehend
Refuse to invite doubt and speculation as to the vim and vigour
Of my intellectual rigour.
Or share any suspicion that imbibing the clutter of another’s head
Hoarded thoughts seemingly randomly disgorged like a Jackson Pollock said
Am I a whistleblower on the emperor’s new clothes? Should I eat my words?
Should I start a picket for the return of rhythm and rhyme?
Or invent a new sub-genre with sub-titles for each line?
I suppose time will tell which way poetry goes
And which way next the wind blows 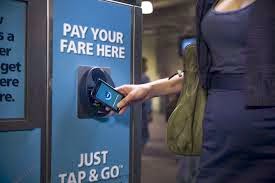 My smartphone is often to be found surfing the internet without my knowledge or taking photographs of the inside of my bag or pocket.

Why on earth would I trust it to make payments on my behalf?

It would probably go on a wild spending spree and develop an online gambling addiction or connect to my email and respond to the dodgy African scam emails with all my savings.

Mind you I do seem to have bought a dumb phone by mistake!

I find it extraordinary how today's youth have no such qualms and seem to entirely trust their smart phones to manage their finances and come up with their electronic app bus passes on demand.

While I have possessed an online bank account for over a decade I find the idea of my bank account becoming unaccountable to me or the prospect of having to entrust my life to a clearly untrustworthy gizmo a terrifying proposition. That is why I am truly writing cheques and spending cash like it is going out of fashion. I am the backlash as they try and restrict our choices by banishing both these and cash, ironically in the name of greater convenience and freedom, but in reality I suspect, in the name of greater control over us and our spending habits and bank accounts.

I am already disgusted that the car tax disc has been scrapped but NOT the car tax and insisted on paying at the Post Office and obtaining a receipt (should I now display this in my windscreen?) Not only is it appalling to have to pay £145 for a tax disc and not even receive a circular piece of paper to show for it, there is no instant proof of payment if I am challenged by a Traffic Enforcement Officer whose hand-held scanner is faulty. Furthermore at the same time as this was brought in, the DVLA also hit us with a sneaky measure to prevent anyone selling unused car tax as part of a second hand car deal. If you buy a second hand car now, you cannot merely finish the existing (non-existent) tax disc - you have to shell out for an entirely new non-existent tax disc from scratch!

HMRC Tax Office has not yet succeeded in obtaining their mooted control of our bank accounts, ostensibly in the name of pursuing tax dodgers, but in reality, if HMRC Tax win this power they will be able scoop cash out of anyone's account and they have a horrendous track record of making mistakes and not always being quick to rectify them. Plus HMRC Tax Office as we all know targets the easy targets rather than pursuing the elusive bigger fish who can afford to hide their assets offshore or behind a corporation.

I am writing this on my sinister new laptop which only allows me to use it by signing into my Microsoft account. It is virtually impossible to use offline, which makes it entirely probable that my every keystroke is being monitored by somebody somewhere for nebulous reasons unknown to me. I then had to purchase a sinister version of Microsoft Home Office to install which is no longer a product which is mine for life for the princely sum of £75, but a yearly 'subscription' which presumably locks me out of my own Word documents if I don't permit Microsoft to mug me of £75 from my account on a yearly basis.

This insidious new trend of once-occasional products and services turning into 'subscriptions' which need to be renewed on a yearly basis (or which are automatically renewed if they already have your bank details) for continued use is truly chilling to me, not to mention a rip-off on epic scale even once multiplied in all our lives. I don't even want all the stupid downloads which more often than not tend to impair product function rather than enhance it.

If I want an upload or enhancement I will search it and then be willing to pay if I do not have it already.

Please government, make auto-renew illegal at least. I may need car insurance and rescue cover every year but I want the freedom to shop around for the best deal, and as we all know no one gets the best deal through loyalty any more. 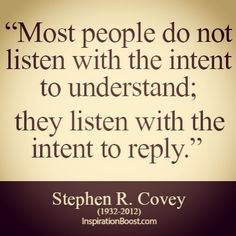 I like to think I speak clearly but increasingly often I notice that when I say 'no ice' in a pub, my drink will be half-filled with ice cubes. The bar staff have only heard the word 'ice'. Similarly if I am in a cafe ordering a hot chocolate and I specify 'no cream', I will often end up with a third of a cup full of disgusting squirty cream with that slight industrial tang. Again the serving staff have only heard the word 'cream'. It is only when establishments don't pollute hot beverages with cream in the first place that I am safe. But it's not just the food industry. Twice recently I have been sold the wrong rail tickets and found that they had either the date or destination wrong on them, despite telling the clerk more than once what the date and destination was. Today I even had a machine sell me a 'single' rail ticket when I wanted a day card to London, so machines are now joining in the non-listening, with the added bonus that machines cannot rectify a mistake!

Of course none of us are infallible and I make my fair share of mistakes. But what I don't do is plug myself into electronic devices 24/7 and ignore real life and real people. This I suspect is at the heart of setting oneself to 'world wash' and only registering the odd word of everything said to one. Information overload and constant multi-tasking between applications, particularly since one device can now perform a multitude of functions simultaneously has got to have an impact. I also don't dare to work in either a bar or a cafe without a natural talent for being able to memorise a dozen orders at once and get them right.

Ideally I would love to be able to boast total recall and am exploring basic meditation techniques to at least improve my retention. I particularly want to be able to remember books in their entirety when I read them. The late comedian Bob Monkhouse had an extraordinary memory. He would remember everyone, their names, where they lived, what they did, what their spouse was called, what the children were called, what the family dog was called and be fit to ask about the whole family and their lives by name even if two or three years had passed since he had last set eyes on that person (and he obviously encountered many thousands of people in his television and public speaking career.)

My partner is currently having a website built where the guy designing it either doesn't read his emails properly or the information about what his clients want just doesn't sink in owing to symptoms of electronic overload. He is undoubtedly a talented web designer who has produced good sites for other people, but the fact he comes back with something even less like what was requested each time is delaying the launch of the website and thus impacting on other things. It better not affect the final cost though, when he could easily have done this fairly straightforward site (graphics provided) in half the time for a client who actually knows his own mind and could have offered a 5-star review to boot. However the stars are diminishing by the delayed week. And this is the second designer. The first company seemed even more unreliable and unaccountable.

Ultimately listening is respect though, People don't respect the person they are talking to if they don't listen to them, let alone if they surf the net, check their texts or emails or phone another friend in their presence - all pretty crass behaviours. It is disturbing how quickly society has forgotten its manners since the advent of the smart phone or claims never to have known about human etiquette in the first place. If I meet or talk to someone. I expect their undivided attention and I give them mine. It is no surprise to me that loneliness and mental health issues have gone up in commensurate measure to the rise of electronic and social media. At the end of the day people need real human contact and to feel loved and valued by real people, people who listen to them and care about understanding them. Electronica can never replace real life, real time, warm human interaction. And it is only with good mental health that people have enough mental resources to care about those other than themselves, electronica aside.