What Would Princess Diana Be Doing Now? 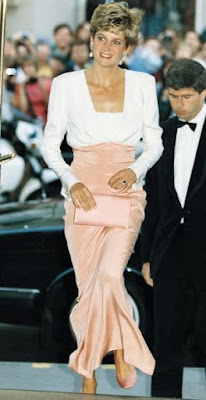 Like most people, I remember exactly where I was when I heard the news (in bed on a Sunday morning when my radio alarm inexplicably went off at 5.30am to relay the surreal and shocking event while I sleepily tried to figure out who they were talking about whose 'boys were going to have to be very brave').

What we know about a surviving Princess Diana for certain:


For all her pros and cons Diana was an undeniably iconic figure and, Royalist or not, you could no more ignore her 'girl next door' luminescence with its cornflower blue rolling eyes and flicked blonde locks than you can walk past an image of Marilyn Monroe without being drawn like a magnet. What they shared was that elusive intangible known as star quality and the unshakeable belief (despite their myriad failings and insecurities) that they were born to play a major role on the world's stage. Like Marilyn, Diana was a flame which burned too brightly and she died at the same age as her movie star heroine - 36 - in the month of August - like a candle in the wind indeed.

Diana's untimely death also plunged the monarchy into a crisis not seen since Edward VIII's abdication. The Royal Family simply did not know how to respond to the event or to the extraordinary outpouring of public grief, while simultaneously trying to comfort and protect the princes.

Strangely the thought of Diana being alive today is almost unthinkable. I wonder why that should be.
Posted by The Poet Laura-eate at 11:35 pm 2 comments: 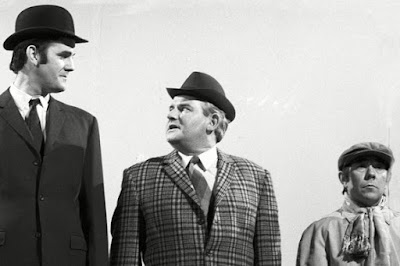 My grandparents didn't claw their way up from working class families of 12 on one side and 15 on the other with scarcely enough to eat and at least half the family lost in infancy and in two world wars for me to pretend to be ashamed of the class they aspired to and eventually achieved - middle. And I'm not.

I therefore find myself growing increasingly tired of middle class people pretending to be anything but, meanwhile enjoying all the luxuries and privileges (and in many cases financial buffering) of their education and class. Champagne socialists, I suppose.

It is particularly galling when you meet someone who benefited from grammar school and a free university education themselves but who is more than happy to see the drawbridge pulled up against all other bright working class kids who may seek to better themselves and who now openly mocks and speaks against the grammar school system as 'outmoded' and 'unfair'. Often the same people indeed
who purposely move house to ensure their children are in the best possible school catchment area and have private tutors to cram any subjects they are shaky on as 'young Bryony is definitely OxBridge material'. Those who harp on and on about immigrants but would never dream of turning over their spare room to one, let alone indefinitely, and for no rent. When they are not harping on about how green they are with a bespoke kitchen island recycling unit, whilst taking four long haul holiday flights a year and popping five Boden-clad sprogs, that is.

As a keen reader of social history, I find we actually had more visionary educationalists even in the 1920s than we do now. And if kids left school without knowing the three R's inside out, it tended to be because they had had to leave school at 14 to earn a wage to help put food on the table for their impoverished family.

My grandmother won a grammar school place in 1913, but could not take it as her family could 'not afford the uniform' with 12 children to feed (and presumably on the basis that females in those days had very limited job prospects anyway so they may as well go out to work at the earliest opportunity).

Wind forward and social mobility was the big thing twenty years ago, but tellingly, it is  hardly mentioned now.  It's all about treating all kids equal and making sure they all win prizes.  In politically correct lip service if not in actuality that is. Those with money still pay for privilege and special treatment for their darlings to ensure they will be life's winners.

Reading 'The Middle Classes - their Rise and Sprawl' by Simon Gunn the other day really brought home the noble intentions of many of the original Victorian middle class who devoted their lives to innovating and building industries and cities to make Britain great, using their newfound wealth for all kinds of philanthropic projects including the social and educational betterment of their communities, however prescriptive, by today's standards. We have them to thank for universal free education and public libraries and toilets, among other things. They brought in trains and a postal system not much slower than the internet! The middle classes were known for getting things done and often on a grand scale.

What has happened to that 'can do' spirit? That pride in our country and determination to make it centre stage with justification?

We now have a middle class which continues to insist on playing a centre stage role in the world and interfering in the affairs of other peoples and nations but without the excuse and welt of Empire or a significant economic/manufacturing base to justify such a stance and without any weight left to throw around if we did but admit it.

We are left with a nation we constantly mock, undermine and apologise for in every way, even selling off the family silver, with many of our bridges, utilities and banks sold off to other countries, leaving us in a perilous national position, yet we continue to grant ourselves the right to tell the rest of the world what to do, a hangover of empire, if you will.

Former Prime Minister John Major promised the coming of a 'classless society'. What he and subsequent governments have actually facilitated are two additional classes in Britain - the underclass - where we are now seeing second or third generation benefit dependents, some of whom have never worked in their lives and - the super rich - whose job it seems to be to hoover up and trouser enormous amounts of wealth, occasionally for doing very little or providing only parasitical services to society, before depositing them into offshore bank accounts and funds to dodge tax. 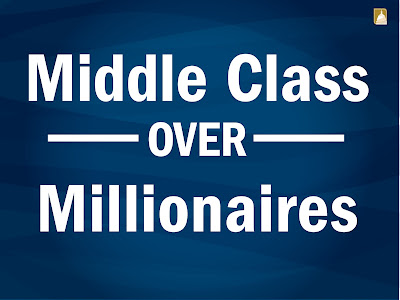 So do I hate my class? No. Not at all. I just want us all to be honest about what we are and stop pretending to be ardent lefties, with all that would bring if the leftie utopia ever became a reality. Even Jeremy Corbyn went to public school and grew up in a substantial property, for goodness' sake! Up the workers - my a**e. I just want us to make our forbears, those strugglers who fought in two world wars, proud.

But on the other hand we need educated people to run the country properly and like it or not, these do tend to come from the middle or upper class, even if they often do it improperly. All the more reason to reclaim the middle class loudly and proudly. Or at least the best parts of what it used to embody. If we need an enemy, let it be those leeching super-rich who now control over 90% of the world's wealth keeping untold millions in poverty. Let it be the realisation that political correction has replaced national direction.

The other day I overheard a forty-something white trustafarian woman boast loudly to her young Turkish companion in a trendy Brighton vegetarian restaurant that she was a campaigner for 'no borders'. 'Yeah, right.' I thought. 'I bet you are. As long as it doesn't impact on your comfortable lifestyle in any way and gives you a ready supply of exotic young paramours.' 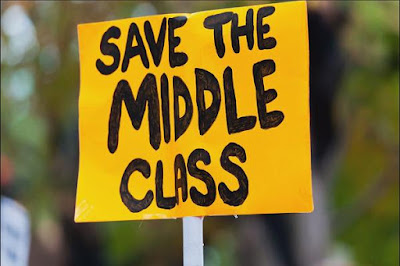 On a less cynical note here is - The Emperor of Lancashire - George Formby's sublime comedic take on being promoted to emperor from a working class perspective!