What's In Your Christmas Dinner...? 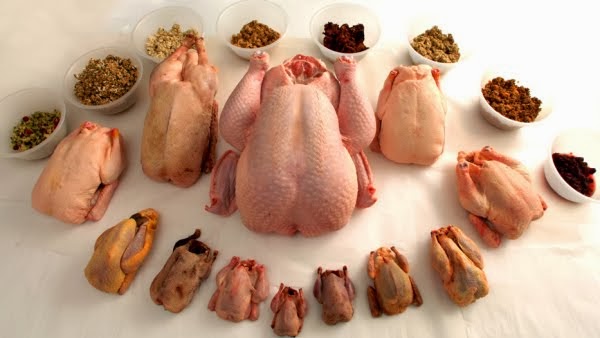 Gluttony has long been an accepted, and eagerly encouraged, breaking of one of the seven commandments during the Christmas season. However I must confess I find the rise of the multi-bird roast somewhat obscene.

To kill four (or even more) birds rather than one to sate one's gluttony and then meld them together as some kind of Frankenbird seems a truly revolting idea, not least when most of us are so opposed to genetically modified 'frankenfoods', which are all about defying nature. In addition it involves a level of meat processing and time of raw meat hanging about at room temperature to create which is surely not to be advised.

This reminds me of the recent revelation that cheap poultry from the more downmarket supermarkets mostly originates from Brazil where it is frozen, shipped over to Britain and then pumped full of chemicals and water to give it the same volume and appearance as British-reared meat, subject to higher production standards and animal welfare legislation. It is then re-frozen, something British people are warned not to do with poultry for fear of Salmonella and other bugs. Finally it is stamped with a 'Produced in Britain' sticker to (legally) hoodwink the public as to its country of origin when actually Britain is just the country it has been processed in. This low-grade meat may score far lower marks on the taste test than meat sold in the high end supermarkets but if the consumers of the low-end supermarkets can't afford the good stuff, presumably they remain none the wiser.

Poor quality meat, aside from being bad for animal welfare, has also been shown to be bad for human health, containing more chemicals and a higher level of adrenalin and animal diseases from animals which have been cheaply fed and poorly treated in highly stressful and cramped conditions..

On the subject of the horse meat scandal earlier this year, I recently met a geneticist who told me that a deliberate decision had been made by our government not to sanction testing for any other animal genes as it was not felt that the British public could withstand any further revelations about what might be in their processed meat such as burgers.
'Dog'? I suggested. 'Cat...?' 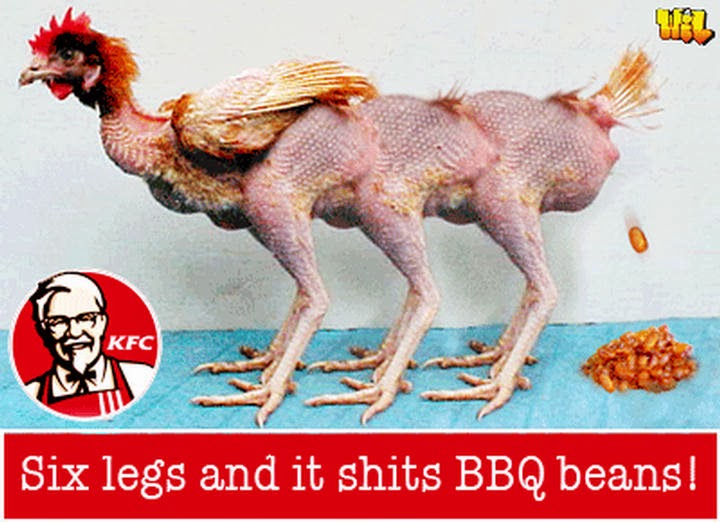 'My lips are sealed' she replied. 'But you won't catch me eating anything I haven't obtained from my local farm shop.'

But since when did the idea of daily meat consumption become normal anyway? Within living memory for most families it would be a Sunday roast and then leftovers in the shape of sandwiches or curries for the rest of the week, with fish and chips on a Friday. Meat was a luxury item and people accepted that it was expensive and that it was supposed to be expensive as it was expensive to rear animals. Some even raised their own chickens and pigs in the back garden.

Surely it is better to eat less meat, but of a higher quality and a simple, traceable, organic, free-range provenance. Not just better for animals and consumers on every level, but for long-suffering
British farmers too. 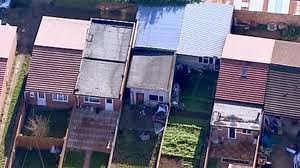 According to an LBC phone-in I was listening to the other day in the car, even the most basic studio flat is £1,000 + per month (bills exclusive) to rent in London nowadays and that is not even in zone 1 or 2, so add a few thousand a year travel to get to work on top of that.

This made me wonder how all the low-paid workers (legal and otherwise) manage to live and work in central London - those typically on under £15k a year such as cleaners, hotel workers, security guards, sales assistants.

Apparently when not living in hostels or on friends' floors, a growing answer is garden sheds. Also many (typically asian) landlords are allegedly buying up semi-detached houses in the suburbs and housing four to a room, one in each corner at £25 per week and passing them off as family homes, even though the denizens might be total strangers to one another. This circumvents the legal requirement that all multi-occupational houses be licenced as HMO's and adhere to stringent regulations on occupancy levels, H&S, fire and room sizes rented out.

So it is not just a question of British workers not wanting to accept employment for breadline-level wages. They are also refusing to occupy sheds or live four to a room to sustain this false situation, which is illegal anyway and would garner no formal housing assistance or wage credits for them. And on the subject of family credit and other wage top-ups, this is also enabling minimum wages to endure with the government subsidising businesses to pay as little as possible with no prospects for betterment in sight, even when the company might be prospering and able to afford to pay better.

What will happen to the London economy when its councils finally get their thermal imaging helicopters out and clamp down on all this illegal living I wonder?

Already those on the 'average wage' - said to be £26k - are deserting the capital in their droves, claiming they cannot afford to live there. And certainly with over 50% of their income going on rent and travel (not even counting the bills), they are way over the Joseph Rowntree Foundation recommendation that no more than 33% of income should be expended in rent and bills, or poverty will ensue.

Some while ago I was at a London party at a friend's flat. Half her friends couldn't afford to go anywhere or enjoy London after they had struggled to pay the rent on their shared house room and the other half were earning good salaries but worked long hours and had no leisure to enjoy London. Between the two groups, hardly anyone was enjoying the fact they were living in London and all moaned endlessly about the tubes,what zone they lived in, the crowds and other irritations of their lives.

22/12/13 Since this posting, there has been another article in the Daily Mail entitled Beds in Sheds
Posted by The Poet Laura-eate at 12:16 am 6 comments: