The Laws of Control 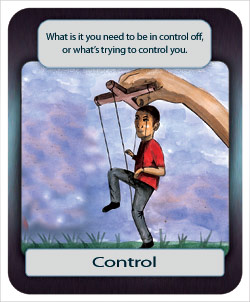 Interesting to see the new law against psychological domestic abuse come in this week. I am intrigued to see how it will be implemented, let alone proven and prosecuted.

I've had cause to think about this subject quite a bit lately (albeit happily not on my own account) and it strikes me that there are some startling similarities between the following:


First; target an individual who may either be physically dependent (ie a child) or emotionally vulnerable in some way.
Second; follow up with the seduction process - showing them your best side, appealing to what you know they want and convincing them you are the only party who loves/understands them/can provide this and has their best interests at heart, or if you are a cult, offer them what they might be searching for - ie a sense of belonging or purpose. Enlightenment even.
Third; install a world view (ie it's US against the world!) and convince them that your view is the only valid view.
Fourth; play some mind games for good measure where love and approval are withheld at certain points to incite desperation and dependency and then granted in abundance when the subject pleases by doing your bidding or ceding your righteousness and is duly rewarded. Undermine their confidence and make them doubt themselves. Insert some random madness, just to keep them on their toes, like punishing them for something they haven't done or over which they had no control. Be nice one minute and nasty the next. This can also have the effect of causing them to question their own sanity, playing right into your hands.
Fifth; separate to dominate. Discourage your subjects from seeing their family or certain friends who might (even unwittingly) undermine your programming or control of them. Make a big fuss if they do and find reasons why they shouldn't and why they are bad for them. Seize on minor or imagined slights to escalate into major feuds or convince them that your vengeance for a misdeed, misunderstanding or oversight is also theirs, eventually culminating in no contact at all and thus the severance of support and potential rescue networks.
Sixth; reinforce all of the above behaviours at regular intervals. If your victim shows signs of slipping from your control or even disobedience or rebellion, employ emotional blackmail. Shame your victim, point out their inadequacies and how they couldn't manage without you/owe you everything or threaten disownment or some other dire consequence. How many times have we heard of a parent who has a health 'crisis' every time a dutiful adult daughter tries to leave home for example? This may be on the milder side of the domestic abuse scale (and possibly not covered by the new law) but it is still emotional blackmail and coercion.

Luckily I have only once found myself in a controlling relationship. When very young I fell for a seemingly charming and attentive older man who really seemed to love me but, in retrospect, capitalised on my difficult relationship with my parents and need for a father figure in order to persuade me not to see said parents for three years, encouraged me to give up a job I disliked which seemed wonderful at first until I realised I was then financially dependent on him, and frowned on my going out or having any kind of life or friends apart from him, frequently starting an argument on the rare occasions I asserted my free will in the matter.  Conversely he was not a sociable person (once he'd stopped making the efforts of our courtship), quite moody and disliked holidays, so we were never going to have a social life (or much fun) as a couple. He also pecked away at my confidence, alternately telling me he loved me, and in the next breath; 'but your trouble is...'. Luckily I realised everything amiss between us couldn't entirely be my fault before he got down to dictating my clothing choices or worse, and called time on the relationship, ill-equipped as I then felt to deal with adult life alone. Finally he had a world view - in his case of the 'spiritual' kind - to convince me of and justify his treatment of me 'for my own good'. Anyone who didn't go along with his world view was against him in his mind, for he was right and everyone else was living in error.

This experience left me with a horror of control down to control pants and an ability to spot controlling behaviour a mile off, however it is dressed. Overly charming or effusive people immediately invite suspicion as to what they are really like underneath, particularly as such individuals can often turn on a sixpence if you say the wrong thing, and I would far rather associate with people who pay fewer compliments but actually mean them.

In my view controlling behaviour often goes hand-in-hand with sociopathy (think psychopath without the axe!). However there are plenty who do it for power kicks or out of a sense of inadequacy themselves (I suspect my ex was a severe depressive, though he never admitted it). Perhaps perpetrators have a pathological fear of being abandoned or alone owing to some bad thing which has happened in their past so they take desperate measures to try and prevent this happening by attempting to own another human being, having never learned how to cultivate and maintain relationships legitimately. Having children can also be seen by some as the perfect way to 'own' and control other human beings or regard them as 'mini-me' extensions of themselves, even though this agenda is almost always doomed to failure as offspring grow up and either evolve or rebel into individuals in their own right.

Finally a fascinating recent case of domestic abuse which fits into none of the above three categories, yet which employed all of the steps. And just to prove Erin Pizzey's point that women can be every bit as psychologically manipulative as men. In fact they are often credited with far greater ingenuity in the artform than most men, who tend to follow more predictable patterns.

Psychological domestic abuse does not always lead to physical abuse. However physical abuse seldom occurs without a pattern of psychological abuse preceding it. And sometimes the physical abuse will be excused as an act of love - ie a single parent kills their children to 'save' them from custody being awarded to the other parent or from going into care. Notwithstanding infanticide, or any murder resulting from psychological domestic abuse such as a boyfriend killing a girlfriend, actually represents the ultimate act of control as in - 'if I can't have you, no one will', if not also a desire to punish a third party.
Posted by The Poet Laura-eate at 10:37 pm No comments: