When I was a child, garden centres were places where grown ups went which sold plants and perhaps a few seed packets and gardening tools. It was my great delight to be left in the car to read a book while they went in to spend hours poring over boring old plants which grew naturally in the garden anyway didn't they? Why would anyone buy them? A hellishly hot summer slaving in one as a teenager, scarcely able to breathe in the hot greenhouses, let alone work, a tyrannical dragon of a female boss constantly on my back yelling at me by way of training didn't alter my prejudices.
Below is my local garden centre.
Even vaster than it looks with an ample deli and an award-winning organic cafe as well, much of the merchandise is pricier than (and not dissimilar to) Harrods. It has now even diversified into antiques where you can buy barnacle-encrusted pots rescued from 19th century ship wrecks amidst the usual mahogany drop-leaf tables and oil paintings! Gardening has almost become an afterthought. I espied a box of my favourite mint chocolate crisps in the deli. Then I noticed they were £5.50 (twice the price of Waitrose) and promptly resisted, though the 'Traffic Jam' - a jar of jam in three flavours forming the green, orange and red of traffic lights was almost amusing enough to overcome the price tag for. After a few hours marvelling at the seductive uselessness of much of the merchandise on display on a sodden foggy day where we needed somewhere warm and dry to hang out, my friend and I left with a couple of half-price Christmas decorations, having succumbed to hot drinks and slices of exorbitant cake in the cafe.
Sometimes I feel tempted to revisit my teenage workplace to see if it has followed the fashion of putting chaise lounges before Sweet Williams, but I find if I wait long enough, the idea tends to go away again...
However I have got my eye on a rather palatial revolving summerhouse at my local garden centre if ever I win the lottery. 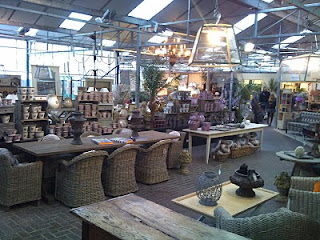 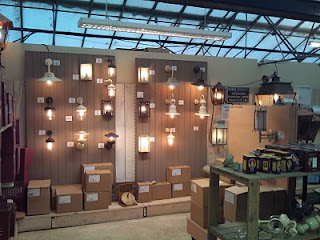 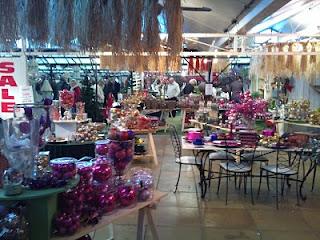 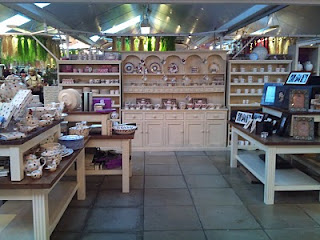 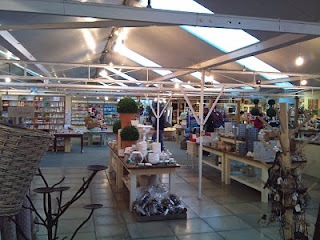 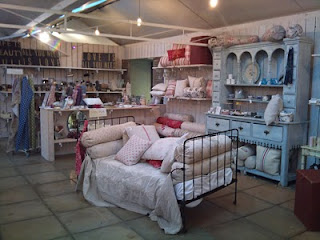 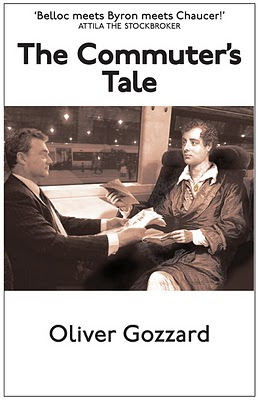 Blogmate Age of Uncertainty has begun an innovative series of podcast interviews, beginning with another blogmate and real-life poet friend, Oliver Gozzard.
Oliver is just about to publish 'The Commuter's Tale', an epic ballad concerning a jaded commuter about to be made redundant from his city job who finds his destiny transformed when he encounters a latter-day Lord Byron (now a rapper) on his train one morning who persuades him to ditch the city for a life of adventure on the high seas!
My contribution was that I helped design the cover, aided by my web designer friend Daniel Hart, (since my photoshopping skills are zero.) Too many poetry books we decided had terrible jackets in the form of abstract blobs or similarly meaningless standard-menu designs, demonstrating no care or imagination on the part of either poet or publisher and virtually condemning the publication to sell no more than a handful of copies, however good.
Oliver himself did not want imagination restricted to the narrative either and has come up with an equally imaginative marketing plan, which means hopefully everyone who's ever commuted or heard of Lord Byron will get to hear about his poetic debut in due course. Watch this space...

Not that I don't retain a sneaking affection for the cheesier draft image V1. 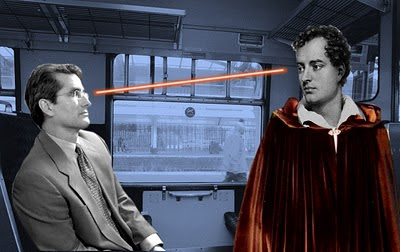 Bonfire of the Humanities? 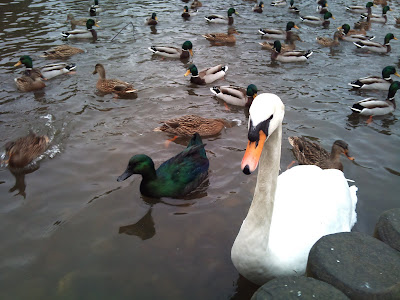 These are the terms I have to conjure with every day of my working life within a University.

Yet what when the 'student experience' we are trying to provide is undercut by a Government determined to triple tuition fees, close libraries and youth clubs and continue selling off playing fields?

What if this leads to a nation where the Arts and Humanities become a luxury as no one can afford to anticipate a degree where they do not have the highest chance of employment at the end, whilst such under-funded departments are simultaneously cut and shut owing to lack of demand?

Is this not a kind of 'apartheid' on those who can afford it least, not to mention our national cultural life and riches in the form of future historians, philosophers, latin scholars, writers, sociologists and artists? As for talk of a 'graduate tax', do graduates not already pay greater income tax by dint of winning the better-paid jobs? Besides which, why would graduates wish to pay back many more times the cost of (even an inflated) student loan until they die?

As it is, many young people cannot afford to leave home, leading to the so-called 'boomerang generation', still going back to Mum and Dad throughout their 20s and even 30s. 37 is now the average age at which an individual first gets onto the property ladder, and even then, often only because they have been subsidised by their families in order that they can stretch to it.

Small wonder we are seeing longer delays before marriage and reproduction take place to the point that some women who might have wanted children are missing the boat altogether and the middle class are being squeezed the most in trying to pay all their bills and bring in two salaries to cover the mortgage as well as afford children, childcare and pay back their tuition fees.

I believe we are coming to a stage where we have to ask ourselves if society is not for people, then who or what, is it for?

This society is increasingly pricing itself out of the market for many, without even offering us security and sufficiency of employment, yet it expects us to carry on spending as if there is no tomorrow.

This government has to date given all the appearance of two overgrown schoolboys playing with a large train set and saying to one another 'I wonder what would happen if we closed this station' or 'I wonder what would happen if we tripled the fares on this train?' with the disinterested fascination of two boys who fail to notice the figurines are real and who have every expectation of a consequence-free playtime.
Posted by The Poet Laura-eate at 7:47 pm 8 comments: