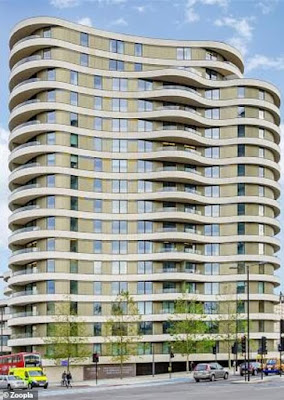 As reported in the Guardian back in April
London’s skyline is to be transformed over the next decade with a record 510 tall towers, more than 20 storeys high, planned or under construction. The total is up from 455 towers in the pipeline in 2016, according to research from the industry forum New London Architecture (NLA) and real estate consultancy GL Hearn.
Construction has started on 115 towers, also a record. Over the past two years, work started on more projects than in the preceding five years combined.
Meanwhile as poor London gets bulldozed out of all recognition in favour of these monstrosities (and despite the horror of Grenfell), a most amusing article in The Daily Mail in the past few days suggests that the trend for multi-million pound apartments costing the equivalent of several Scottish castles (but on leasehold) in stab central may be about to break.
Something to thank Brexit for at last... as overpaid bankers and Russian mafiosi desert our shores? Or decide they prefer the white stucco town house in Notting Hill Actually after all.
Or perhaps the secret is out that these blocks are only built to last an average of 50 years with many not even making that before changing fashions (and land values) fell them, making them a shockingly bad investment, aside from the sky high maintenance charges and leasehold fees.
Many of these developments have been marketed exclusively to overseas investors prepared to buy their 'gold bars in the sky', no questions asked, offplan and upfront, quite often intentionally never to be lived in. Money laundering laws have been bypassed for such buyers. Certainly no pub or railway siding is safe from the march of the monster blocks.

Meanwhile homelessness grows worse and those serving the coffee shops and public amenities of central London are often to be found living in sheds in the suburbs or ten to a room in a 1930s semi for the privilege.

While not officially announced the backdraft or second recession is well and truly upon us as we continue paying for Blair's war, forever PFI projects and an education system, national health service and welfare state buckling at the knees. The country is in crisis, no emergency measures are in place (ie to prevent empty buildings), but perhaps the silver lining is that a crash might be the saving of London.

There will continue to be plenty of advocates saying we have to 'build upwards', despite little evidence suggesting this particularly improves housing density and plenty of evidence showing that living so artificially is detrimental to human health but perhaps we should simply start accepting that not everyone can live, rent or buy in the same place and it is a creates an equally unhealthy lack of socio-economic/geographical balance when they do.

Posted by The Poet Laura-eate at 11:08 pm No comments:

The Drug-Free Pursuit of Happiness 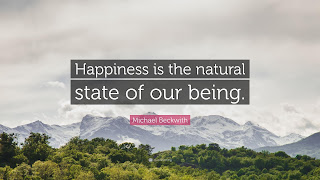 At what point does an individual decide they are too young, too beautiful, too healthy and their lives are going too well so they will muck it all up with drugs?

At what point do they decide it is morally acceptable to support a trade which kills thousands of people worldwide every year, not just users, but individuals all along the supply chain from production to distribution in crimes and murders?

Then there are the countless crimes, murders, accidents and suicides committed by those under the influence of drugs.

As if this wasn't a high enough social and economic price to pay,  let's not forget the mental and physical ill health, time off work and additional social and health care costs to society by people rendered sick and disabled before their time.

People are terrified of dementia when old it seems, but not of risking their lifelong sanity and mental/physical functionality when young.

It is not unusual nowadays to see relatively young men and women looking twenty years older than their age staggering along our streets in broad daylight, permanently raddled and disabled by their addictions. Worse still, this kind of self-inflicted disability no longer appears to carry any social stigma and even qualifies those who've let their lives spiral for lifelong benefits. Society is, in effect, rewarding them for dropping out rather than sorting themselves out.

Mental health issues are often cited with 'self-medication' used as an excuse, but few of these people are doctors. Why would they assume they can cure their mental ills with street drugs of unknown ingredients, provenance and purity any more than they would assume that they can cure a cancer by eating talcum powder? Plus we all know that if you are in a hole, the first thing to do is stop digging. Drugs are never a ladder out of that hole, just an ever deeper and more nightmarish hole, removing those in it further and further from the light at the top.

The legalisation that stoners clamour for would simply create new and even more complex issues by sending out the very dangerous message that drugs are safe, socially acceptable, and even sanctioned by our government. I doubt they would save a single life in reality. Quite the reverse as more and more people took up drug taking and we saw more and more crimes, murders, road traffic accidents and suicides as a result.
.
The war on drugs is failing through lack of enforcement and corruption in high places, not because it isn't a good idea.

Taking drugs will never fit in the good ideas box. It is an undeniable waste of time, human potential and life. Those sucked into this world become a flaky waste of time to associate with and selfish to the point of violence in some cases to those who dare to try and put themselves between the addict and their supply.

Stoners are quick to point the finger at alcohol as equally insidious (as if that somehow makes drug taking ok) but no one has ever suffered psychosis or lifelong mental health issues as a result of one pint. The road to alcoholic ruin tends to be a much longer and more committed one with many more opportunities for redemption along the way.  Furthermore a drunk person can be sober in 24hrs. A stoner can take days to fully recover their wits, by which time they have often imbibed further 'hits' so that their system is never fully clear.

Behind every addict invariably lies a trail of angels with broken wings who tried to help or save them from themselves.

It is understandable that human beings should enjoy being high and escapism from their problems and the weight of the world.

But there is another and better way and that is to study meditation or NLP for free, safe and natural highs. No downers or health prices to pay either.

Volunteering is said to be one of the best cures for depression, but any activity instilling self-respect, confidence or pride or involving giving something back to society will see a similar blossoming of mental welfare. It is self-obsession and fear-based behaviour which promotes depression and addiction.

To those who subsequently find the strength to face their fears and slay their personal dragons one by one, the greatest gift of all awaits - contentment and peace - leading to happiness and living in the magic of life.