Landlords Then and Now 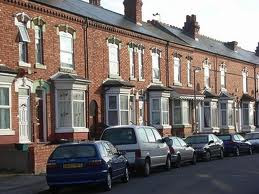 Gone are the days of the late 70s and 80s when according to a friend who was a student at the time, a landlord could pick up a terrace in the north for between £5,000-£8,000, so that even a landlord of fairly modest savings or a small inheritance could quickly amass four or five of them, cram them full of students and never have to work again!

I never cease to be amazed what fond memories many of the parents I speak to in my job at a university seem to have of these near-slum dwellings, often with only one gas fire in the living room as the sole heating for the entire property, no shower and 1950s-flowered walls and leftover furniture crawling with damp, as they marvel at the comparative luxury of the power-showered houses their own university-age youngsters are about to move into.

In the good old bad old days of student housing holes in floors abounded, wiring crumbled in the hand and dangerous water heaters pumped out carbon monoxide. As for energy performance certificates and carbon reduction, these concepts were but a distant dream. Then a succession of Housing Acts and rising consumer expectations came along to spell the end of the glory days for many slum-standard landlords whose whole purpose in life had been to spend as little as possible on each property, though the knock-on effect of this (and probably the bit most fondly remembered by the parents of today's students) was the knock down rent most students paid of between £6-£30 per week, depending on region.

Of course these Housing Acts took some years to take effect with some landlords even now, getting away with renting seriously sub-standard housing, particularly to the broke and desperate and illegal immigrant workers.

At the other end of the spectrum, some would say local authorities have now gone too far with HMO licencing even forcing landlords to replace perfectly good locks for those which might actually compromise the crime-safety element of the house, even if they slightly increase the fire-escape times (not as vital as it used to be with modern fire detection equipment installed giving more notice). Many local authorities are also condemning perfectly good study bedrooms as being 'too small' when no tenant has ever complained about the size and the rent charged is commensurate to the size of the room and they typically also have use of a communal lounge. This reduces the number of rentable rooms per property/the affordability of the house per se and makes the landlord think twice about continuing if he is to lose a room. Six person property landlords with two spacious bath/shower rooms including WC's are also being asked to provide an EXTRA WC, which again the tenants have never asked for (ironic when an airline can get away with one WC per 50 passengers). All this cost has to be absorbed somehow, yet affordable rent becomes ever more pertinent in these constrained times.

Where the modern landlord is concerned, the costs of becoming a landlord have now risen to the point that many would-be landlords are deciding against it, or retiring early as the profit margins grow too narrow to make it worth their while with the high cost of the property itself, exorbitant buy-to-let mortgages, the ever rising burdens of tax, insurance, licensing fees, refurbishment, maintenance, maintenance contracts for fire safety, electrical safety and gas safety. The cumulative effect of so many costs is to remove a lot of good landlords from the market as the bad ones don't tend to be those who pay insurances, costs, maintenance or fees if they can get away with not doing so.
Landlord's mortgage companies are also starting to insert impossible clauses such as the following from the Nationwide, which no landlord/letting agent could accept when their first duty is to their tenants and the legally-binding tenancy contracts they have with them.

"ln the event of the property being repossessed by a mortgagee of the landlord to ensure that vacant possession of the property is given with a reasonable period"
Or this one suggesting that the tenant should pay any mortgage arrears belonging to the landlord!
"lf the tenant receives notice from a mortgagee of the landlord that the landlord's mortgage account is in arrears then to make payment of the rent to such mortgagee until the arrears are paid and the landlord hereby consents to this arrangement".
Landlording particularly grew in popularity during the pension fund plunders and Lloyds name scandal of the 90s as those of middle-income who thought they were making reasonable provision for their old age had a horrible shock and realised they needed to invest in something they could count on as a return for their old age. With property prices on the up after the last slump, this became bricks and mortar. This trend became fuelled still further by the explosion of TV property programmes suggesting that becoming a property developer/landlord was easy.
And while too many landlords have their down side (ie not leaving enough affordable property in the market for first time buyers), they still serve a function for students or for those who cannot afford to buy in any case, yet have no chance of progressing on their local social housing list (and I was on my own local council social housing list for the best part of 10 years with scant progress, until in the end I had to look to alternative solutions.) The only problem is that even reasonable rent will now swallow up an individual's salary to the point they can ill afford to save for that 20% minimum deposit. And since Margaret Thatcher's 'Right to Buy' scheme for council tenants from the early 80s, vast swathes of social housing have left the housing stock pool never to be replaced, resulting in today's drastic shortage.
Posted by The Poet Laura-eate at 3:32 pm

I've been on both sides of this particular bone and being a landlord was enormously stressful for many years until I finally acquired a good tenant.
The laws are completely unsympathetic in the Toronto area and actually support tenants who don't pay or are destructive.
XO
WWW

Here in Leamington the local authority has jumped onto the landlord bandwagon and is erecting brand new dedicated student accommodation blocks all over the place. How are unscrupulous landlords supposed to compete?!

As a scrupulous landlord Im finding it harder and harder to keep up with my tenants and legal demands. A flue from a gas fire which has passed for 20 years is no longer allowed. I had to take the gas out and put an electric one in. More expense for me and expensive to run for tenant. My rental house got the new boiler, carpets, decorating first whilst iI scrimp to do the same for my own home. I make no money at this game but the capital gains axe means I keep hanging on in there. I've spent so much money on that house I wouldn't let a student within 10 foot of it! Professionals only!!

I thought of you as we wandered around Oxford this weekend...this is a great, well thought out and presented piece

...anyway I too am a landlord, but I only let to professionals and even then it's a strain. Thank heaven mortgage rates are low otherwise I'd be selling my own house to pay for the upkeep of the rented ones. I have fond memories of terrible student accommodation. My girlfriend's. I sensibly stayed in halls of residence.

I lived in "digs" in London in the 1970's. Hampstead, Belsize Park and Gospel Oak provided thousands of us with one or two rooms - some unfurnished lets. They weren't marvellous but they were affordable. Rents now are totally out of the reach of modest people "like what I were".

There really should be no distinction between rented housing provided by the state or private capital. It works on the continent. In this country we seem to have the unerring knack of getting it wrong in all directions.

There is a serious risk of exploitation in the private rented sector. Also it's too fractured too many under-resourced individuals and companies providing barely acceptable places at rents that leave many struggling to keep body and soul together.

We appear to be heading back to Victorian squalour via Rachmanism.