Keep Death Off The Roads! 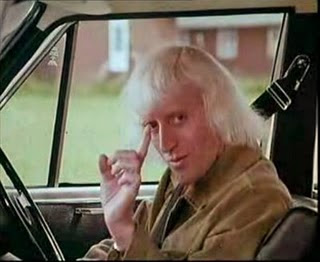 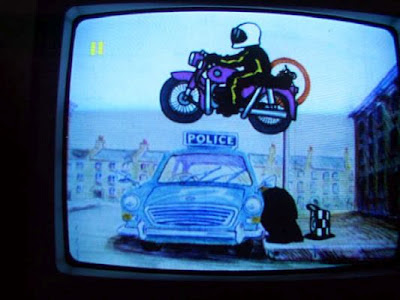 The recently reported rise in road deaths on Brtain's roads, particularly among young men, and the current government rumblings about turning all urban areas into 20mph zones to counter it

has sent me musing on the public information films of my childhood and wondering where they've gone if the government truly gives a fig.

I was further shocked to read today that a young driver whose reckless behaviour led to a family of four being killed when he clipped their car in his hurry to get to work on time, causing it to flip into a reservoir by the roadside was only sentenced to FOUR years in prison. That's one year per life. He also lost his driving licence for a mere four years (scarcely an inconvenience to a man in prison). Bulging though our prisons may be, what kind of a sick joke deterrent is this, let alone example to others? What about drivers who cause death through careless or dangerous driving losing their licences for life in addition to receiving the sentences they would receive for any non-car manslaughter? Wouldn't that threat be more incentive to better driving than any number of exorbitant speed humps, cameras, islands or limits, not to mention more cost-effective?

To nanny-state the entire population through changing the road system owing to the actions of an irresponsible few feels insulting to me as a responsible driver/cyclist/pedestrian, who does not drink, take drugs, suffer from road rage, take foolish risks, treat my indicators as optional extras, so why should my use of the roads be impeded and compromised on account of those who do?

As one who lives next to what has been termed 'Britain's most Dangerous Road' (the A4074 between Oxford and Reading) and who experienced an horrific car crash only yards from my home killing three people on the Jubilee bank holiday weekend (albeit not 16-24 year olds on this occasion), I feel increasingly strongly that public information campaigns and penalties would be the most effective two-pronged attack against irresponsible road use and thus the best use of my taxes.

Not only are we bereft of public information films shaping our formative years these days, we are distracted by a multitude of media to plug our senses into, tuning out of the real world and our responsibilities in it both to ourselves and to other people. Pedestrians crossing the road without looking because their mobile phone or ipod are far more fascinating than their life have become a daily hazard in the last 5-10 years.

However it is not the Transport Select Committee's job alone to stop the needless slaughter. It is also the responsibility of every last one of us - road users all - irrespective of which capacity. With this in mind, I e-mailed the Committee, proposing a National Road Safety Competition where people like myself could submit ideas for TV adverts and campaigns in order to feel we all had a stake in taking personal responsibility on the roads with prizes and the top ad suggestions being turned into real TV ads. Perhaps the DVLA could make a contribution from each driver's road tax towards this competition/any campaign. 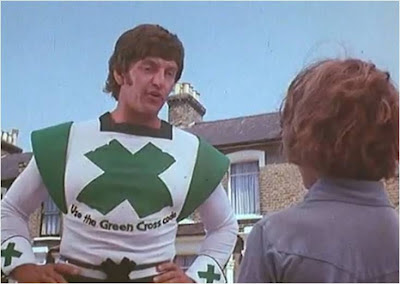 If like me you grew up in the 1970s/80s I'm willing to bet Green Cross Code ads with David Prowse (otherwise known as Darth Vadar), not to mention many other ads such as 'Think Bike!', 'Clunk Click', how to use pedestrian crossings and general safety ads formed the daily basis of your TV diet. There was even the 'Tufty Club' which we could join to let a cartoon squirrel edutain us about road safety! Memorable, weren't they? It didn't matter that they were as cheesy as hell. So long as we got the message, job done. 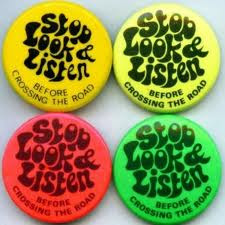 Meanwhile I had a two line e-mail reply from the Transport Select Committee Chairperson Louise Ellman MP thanking me for my ideas but without commenting on any of them (I thought at least she might do me the honour of stealing them and passing them off as her own, not least as they would have saved the government a shed-load of money on nationwide traffic-obstructing measures.) Oh well. I'll save that killer TV ad for a mover and shaker who really does care about preventing death on the roads.
Posted by The Poet Laura-eate at 10:59 pm

A car driven recklessly is murder. End of.

We have a possibly unhealthy obsession with watching those 'Traffic Cops' programmes chez Pass. It's all good fun watching the police speed through chases and pull over the numpties without tax discs, but every single episode my blood boils at the round-ups before the credits.

Almost without fail, scores of people driving without insurance effectively just get a slapped wrist, or possibly banned for driving for a few months (except, er..., a lot of people were already driving without licenses, etc. when they got caught in the first place, so a formal ban is hardly going to stop them).

My uncle used to be a copper back in the day, and I distinctly remember that if they found somebody with no insurance they'd throw the book at them. I'm sure that this new-found leniancy is a great comfort to anybody who has a life-long disability after being run into by somebody sans insurance.

Christ, I sound like 'Angry or Surbiton' writing to the Daily Mail here, but you get my drift.

I agree with the above. When I was a magistrate, sitting on road traffic courts, the fine for being uninsured was less than the cost of a year's car insurance.

As the Americans would say, go figure.

Peak Oil should put a stop to all this. And soon.
XO
WWW

(Sir) Jimmy will be remembered less for his charity and clunk-click campaigns now than for other "achievements" in his life...

SauLau, I was once knocked off my bike by a non-insured mother rushing her child to school who hadn't bothered to look at the crossing. Her punishment? A caution as she was a single mother on benefits. She didn't even lose her licence for six months, let alone a year. Yet she lived only a few streets from her childrens' school and was unemployed. For the record, she was driving a more expensive car than mine. Yes, I query glorifying reckless driving through all these speed chase series.

Steerforth. Thanks for reinforcing that motoring offence laws and penalties are long overdue for an overhaul.

WWW, I think ever-spiraling petrol costs just penalise the poor and those who live in the countryside and who don't always have an alternative mode of travel.

Indeed Dan, I've just blogged about this very story. But at least 'Sir' Jimmy probably saved a few lives in his road-safety crusading capacity, so I don't think anyone should knock him for that.