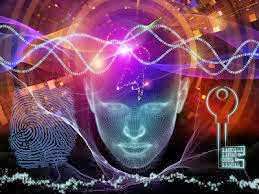 In common with many, I applauded this government's stated intention to prevent children from accessing pornography. And few right-headed individuals would disagree that websites showing how to make bombs or incite suicide or sites depicting extreme violence are also unacceptable in a civilised society and should be banned.

However it now seems the government's measures intend to go far further than that, by intruding on the human right to religious and spiritual freedom of expression via the blocking of 'Esoteric Websites and Alternative Spirituality'

The Oxford Dictionary definition of 'esoteric' is: 'intended for or likely to be understood by only a small number of people with a specialized knowledge or interest'
What is the purpose of this mission creep? To save vulnerable youngsters from the dangers of meditation perhaps?Dissuade them from taking up a career as a philosopher, a psychic, a yoga teacher or from becoming a vegetarian, an animal welfare activist or a reflexologist? And this only months after the EU published their latest guidelines on the promotion and protection of freedom of religion or belief.

Far from being protected, minorities are an endangered species, it seems.

But for all its hand wringing about children and their safety and innocence, the government is apparently quite happy to allow loanshark and gambling companies to advertise unabated before the 9pm watershed. The level of sex, violence and swearing on TV also remains unabated and is in evidence pre-watershed. Few vendors of cigarettes and alcohol are prosecuted for selling to the underage. As for the 'war' against drugs, that has become something of an unfunny joke. Ultraviolent computer games too, remain freely available for consumption by our youth, and have previously been linked to a number of violent crimes. All this, despite scientific proof that developing minds are more susceptible to influence as they are possessed of less life experience and context to process what they are being exposed to.

The Open Rights Group reports that websites of organisations promoting “esoteric practices” directly or indirectly have already been blocked on Orange pay-as-you-go mobiles.

Now you may not be an esoteric or alternative person yourself, but if you are not; in the spirit of Voltaire and his famed human rights declaration; 'I disapprove of what you say, but I will defend to the death your right to say it.'  please sign this petition

If that doesn't convince, there is always the famous second world war speech of German Pastor Martin Niemoller;

Does this ridiculous move also extend to book shops? All the books on witchcraft and Aleister Crowley that I accrued in my twenties came from Waterstones and most are still available!

Plus in my view most world religions are understood only by a few... are they going to ban Christian and Islamic web sites too?

When governments control knowledge it makes slaves of the people. I'll gladly sign the petition.

Thanks Steve. I think this applies to the wonderweb only at this point. But are the players of Dungeons and Dragons also to find themselves on the margins of society?

We players of Dungeons and Dragons are already marginalised, Dear Poet!

The line is wavery and highly flexible and always determined the Demz Wot Rulez.

Pornography is a huge industry, so is organized religion, so is gambling - the tax on the poor.

And who owns us?

I never agreed with this in the first place. As a father with a young child I regard it as my job to stop her accessing stuff that would be harmful to her, and I don't need or expect the government to tell me what that is. It is no surprise this has wound up in mission creep and policy laundering.

Nota Bene, you are entirely right. And many hard-won freedoms and rights are now in the process of being eroded as well (sic employment tribunals).

Sau-law - I didn't like to say, but I think you're right!

Urko, if only all parents were as responsible as you, then there would indeed be little need for any nannyism at all on the part of the state.