The Kidnapping of Our Cat Mr Cheeky 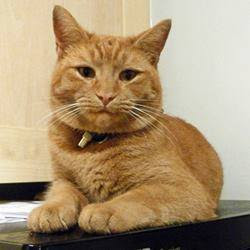 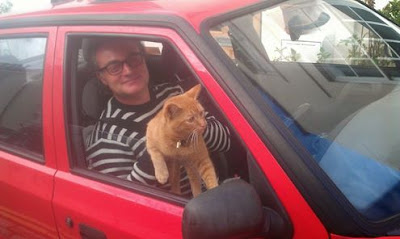 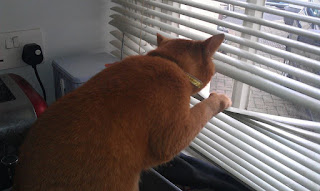 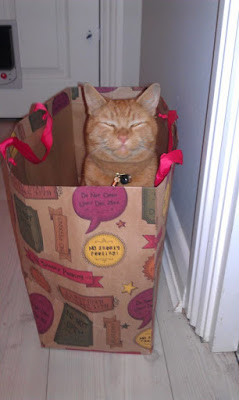 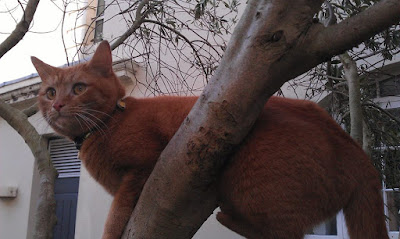 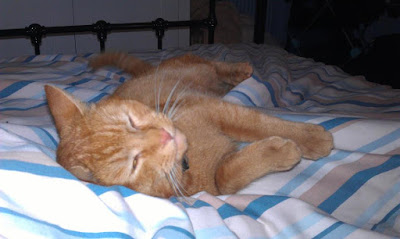 Aside from battling two bouts of the flu, back to back, nearly all my spare time has gone into the hunt for our beloved cat Mr Cheeky, who was kidnapped from our front courtyard in Brunswick Street East, Hove, by a young couple on the night of Sunday 4th December 2016 (caught on neighbour's CCTV).

We didn't immediately know that this is what had happened to Mr Cheeky as our neighbour opposite had been away for a few days and it was only when he was checking his footage (my partner Ollie had asked him to see if he could see in which direction our cat had gone), that he made the horrifying discovery that Mr Cheeky had not just wandered off, but had been deliberately taken. Quite a dramatic end to what had been my partner's birthday celebrations.

Naively we felt relieved that at least our fur babe had not been knocked down by a car, and now we knew what had happened, it must surely be only be a matter of hours or days until we got him back.

Nearly six weeks later (seven since the kidnapping), we seem no closer to finding him, despite all the publicity, the social media, the postering and flyering and offering a substantial reward.

Regrettably the CCTV footage was not quite good enough to identify the couple, although it was picked up by the Brighton Argus newspaper (click link to watch footage) and BBC/ITV regional news.

Mr Cheeky has left a huge hole in our lives and I worry that he may think we have forgotten about him or given up on him. I wish I could find a way of letting him know that we still love him and will never give up on him. Our other cat Django has been wandering around like a lost soul wondering what has happened to his leader and staring out the window forlornly, hardly venturing out. Their black cat pal down the road, Monster, also doesn't seem to know what to do with himself. Mr Cheeky ruled the neighbourhood. I am constantly stopped by small children in the street asking where Mr Cheeky is. He had a paw in every door it seems and visited most of the neighbourhood. For a short time, he was possibly one of the most famous missing cats ever - his story even appeared on The Sun online and The Mail online!

In fact we have been overwhelmed by the number of shares, likes and lovely messages, plus offers of practical help and tip-offs that we have followed up (sadly all other ginger cats, until now). We have truly seen the best side of social media and been reminded of all the good people in the world, at a time when we could easily have become fixated on the bad people in the world. We also have amazing neighbours, many of whom have put up posters in their windows and cars.

We have no idea why Mr Cheeky was taken, except that apparently there has been a spate of ginger cat thefts since the success of 'A Streetcat Named Bob' book and film.

One thing that I have particularly appreciated is all the stories people have shared with us about their pets miraculously reappearing weeks, months or even years later. Only this weekend, I met a young woman who used to volunteer at the RSPCA in London who told me that a cat was brought in because his elderly owner had died. They then scanned his chip and found to their great surprise he was a cat who had been reported missing more than 3 years before. Evidently the elderly lady had found him, assumed he was homeless and taken him in without making too many enquiries (or vet appointments). Needless to say his real owners were stunned and delighted in equal measure, having long since given up hope of ever seeing him again.

Fingers crossed it will be our turn for a miracle sooner rather than later.

Meantime the founder of Lost Cats Brighton (where we got Mr Cheeky two and a half years ago), Ron Ayres, sadly died a fortnight ago. Funds need to be raised for a new shelter to continue his legacy as the charity will soon lose their rented premises.

I am therefore throwing myself into organising a 'Mad Catters' Tea Party' to raise money, hopefully at the end of next month. Full details as soon as I have venue confirmation.
Posted by The Poet Laura-eate at 6:17 pm

Sorry to hear about the kidnap of Mr Cheeky; hope you find him soon, safe and well.

Oh my that's awful. How could anyone do such a callous awful thing?
But as Mr. Roger's said look for the helpers and you've been swamped.