If you go down to the Sudan today... 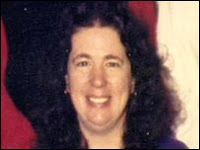 With all the fuss over British teacher Gillian Gibbons (left) being initially jailed for 15 days and threatened with 40 lashes for allowing her Sudanese pupils to name their class teddy bear 'Mohammed', I wonder why the pupils themselves were not jailed and threatened with 40 lashes for actually choosing to NAME the bear 'Mohammed', since it was not Ms Gibbons' idea - she merely sanctioned it.

Surely these children must know their own Sharia law better than a Liverpudlian teacher ever could, including the stipulation which states; 'Thou shalt not name thy teddy bear 'Mohammed', or else'

Makes you wonder, did the kids do it deliberately to get their teacher into trouble...?

Though why the Sudanese should need a Liverpudlian teacher MORE than the mean streets of inner-city Liverpool beats me.

And it's very odd that it's ok to name human beings 'Mohammed'. I mean suppose they grow up to work in HR! Notwithstanding, could any mere mortal possessing all the failings and vanities of a mere mortal ever live up to being named after a godhead?
Posted by The Poet Laura-eate at 6:38 pm

Excellent points, one's I have been pondering as well. I guess the lashing wouldn't have been by Ginger Bear?

I was puzzled by the children not being stoned or lashed to death either... (though heartily glad that they weren't). I do think the whole thing makes what is often a beuatiful religion appear petty and utlimately ridiculous. Well, to be accurate, the religion is fine... it's the people. But hey, Christianity is very often the same, right?

From my distant memories of schooldays, I seem to recall that kids are vindictive little sods, so probably yes.

As to the HR thing, probably no. Most people in HR are called Beelzebub. In my experience.

Or have annoying double barrelled surnames as they come from broken homes... ( sorry Im a bit bitter on that one and theres no Murphys for me to quench that)

I'm surprised, being a Scouser, she didn't say "alright alright our kid calm down calm down!"
Remember a teddybear's for life, not just for Christmas.

Yep Steve, I agree most religious problems stem from egocentric intepretation of the religion rather than the religion itself. Mind you, I like Big Al's Liverpudlian solution to it!

Beelzebub working in HR? Why of course Rol - that explains why ours is the devil incarnate!

I dunno. Muslims and their children these days - what those kids need is DISCIPLINE. The Islamic World these days - they tolerate far too much.

As for the name issue - Mohammed for a boy is fine, because it means they are likely to go to heaven. No, there's no logic as to why one's son can be called that yet to depict him in any fashion is an offence greater than any other...

My uncle was named after a saint and turned out to be the black sheep of the family.

I suspect she only did it for the lashings but, as almost always these days, was terribly let down by her Government who just got her deported!!