The REAL Dowager of Downton Abbey 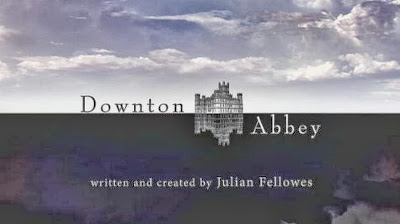 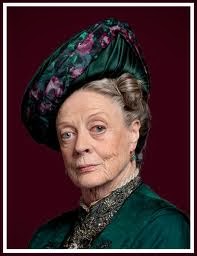 The real dowager of Downton Abbey is not the one portrayed by Dame Maggie Smith  (above) but a humble kitchen maid from Hove who left school at 14, went into service, married a milkman and didn't receive any further education until her mid-50s when her children left home and she decided to attend the University of the Third Age to 'better herself', studying for and taking English O Levels and A levels. She began to write about her experiences in service in the 1920s and 30s, something few individuals of similar humble origins had ever thought to do, assuming no one would be interested in their humble and, to them, humdrum lives, even if they possessed the creative urge. Notwithstanding the working classes were very much brought up to respect their 'elders and betters' in those days and accept that they were not supposed to 'get ideas above their station' in life. Not this former kitchen maid, who had always been a spirited girl with a mind of her own.

Much to her surprise her books were a hit and she became a housewife superstar, almost akin to a British real life Dame Edna Everage! Older readers may remember the familiar features of Margaret Powell who was seldom off the TV in the 1970s, and made regular appearances on Housewive's Choice. 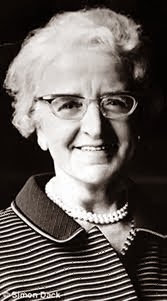 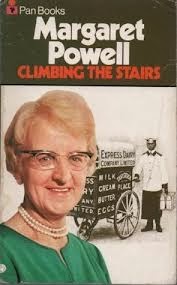 My favourite of her books is 'Albert, My Consort',  the touching story of her long marriage to Albert the milkman, a disarmingly honest account of married life and all its ups and downs through wartime and beyond. I also enjoyed 'My Mother and I' where she interviews her indomitable mother about HER life in service, dating from late Victorian times! I have re-read both books recently and they paint a vivid picture of Hove in the early twentieth century. Hard to believe compared to the Hove of today.
Critics scorned Margaret's writing style as somewhat 'coarse' but they couldn't deter Margaret's millions of fans who lapped up her charming and witty candor and relished every detail of domestic life and servant's eye view she furnished. And she had a way with words all her own, so no one could accuse her of not having forged her own distinctive style. I first came across 'Below Stairs' in my grandmother's house when I was about ten and asked if I could borrow it. I quickly became hooked and before I knew it, had ordered every last Margaret Powell from the library and read it. Some of her books such as 'Climbing the Stairs' remain in print to this day, over forty years after she first wrote them. Most authors would be happy with that kind of shelf life.

Margaret's life even inspired a successful sit-com 'Beryl's Lot' which ran from 1973-77 featuring 'Beryl Humphries', a Battersea milkman's wife and mother of three, who decides as her 40th birthday approaches that she needs to broaden her horizons, which she accomplishes by enrolling on a philosophy course at night school. The series dealt with how Beryl's new ideas, attitudes and outlook affected her family, friends and neighbours.

Last week I listened as a Brighton taxi driver on Sussex radio related fond memories of picking Margaret up from her favourite pub and driving her home after her Sunday afternoon tipple each week, regular as clockwork, but always as nice as pie and 'merry', rather than drunk. Always 'a real lady' (well she'd observed enough of them during her life!) She liked to let her hair down, did Margaret, even in her 70s, but shy as she wasn't, she never let her fame go to her head. Celebrities of today could learn a lot.

Here's the characterful Margaret being interviewed by Russell Harty.  Note how the original Brighton accent has a hint of cockney about it, something noticeable in my mother's elderly Brighton relations. 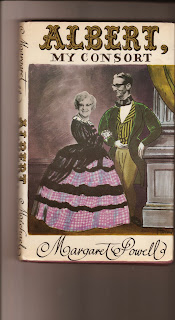 Posted by The Poet Laura-eate at 6:02 pm

Thanks for the intro Laura, never heard of her before.

What a fascinating lady!

How exciting...I love hearing about Brighton characters (there are more than a few!)

Such an interesting post, thank you so much for pointing me in her direction - I enjoy stuff by people from the 'real' life! :-)

Steve, I think so.

Thanks WWW. I think it's time for another mature female superstar, don't you? : - )

Notabene. Me too. I've even got one in the family whom I might blog about soon!