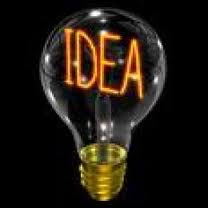 I was born to swan. How do I know this? Probably because work came as such a tremendous shock to my previously natural dreamlike state which did not readily engage itself with such worldly concerns as how to pay the rent and other assorted bills necessary to drawdown breath.

I have often joked indeed that if there is such a thing as a previous life, I was obviously filthy rich and didn't have to lift a finger in it, so inept was I in every way in early adulthood, scarcely able even to make a cup of tea without some calamity ensuing. Now if only I could work out who I was and what I left myself and where (as I have little doubt I'd have probably had the foresight to). Perhaps that £400 past life regression therapy course I once looked into would have been money well spent.

Joking aside, for at least the last five years I have been coming up with product and marketing ideas the like of which have often had listeners gasping: 'That's a great idea - you should sell that.' Or 'That's exactly what I've wanted to buy and can't find anywhere - you should invent it!'

However as a previous expert in ineptitude I know my limits. I am neither a designer nor a marketeer, merely an ideas person. Nor do I have the capital necessary to set up a business, notwithstanding guaranteed business acumen (necessary for even the most failsafe product).

Fruitlessly have I therefore trawled the internet looking for a UK agency operating in roughly the same genre as an author's agent - ie the writer does the writing and the agent does the selling. Only with my model the agent wins a percentage of any idea sold. Even this in itself, I am told, is a great business idea and I should do it. They seem to have such in the States, but not the UK, unless they are known by some completely other name here. Though of course there are greater complications involved in selling intellectual copyright and obtaining patents and manufacturing and distribution contracts, not to mention the market research that an idea might need to prove it had legs. Perhaps I should pitch this to the BBC as the next generation 'Dragon's Den'!

Currently I am badgering every politician with anything to do with Education with a wholly new concept in University education to breathe new life into it for the future (the current system of the 3 year degree being unsustainable in the long term for multifarious reasons.)

All thoughts and feedback gratefully appreciated, dear blogmates. Or perhaps you have a thwarted dream you care to share. 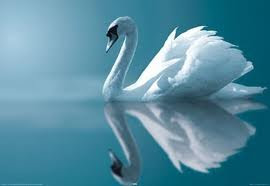 Are there any venture capitalists left out there I wonder?
I would deal with them in the good old economic days, bored millionaires ready to invest in all sorts of ideas, some dodgy, some not.
But always willing to rouse themselves from the inertia of adding up their monthly dividends and interest revenue and "get involved" with people like you - marrying the entreprenurial idea to the manufacturer, with the loot officiating at the ceremony....
Find yourself a VC is what I say, Laura.
XO
WWW

If they have the right people in the US why not chance your arm there? With the internet you needn't ever fork out for a plane ticket...

Just tell me all about your ideas...I'll sort them out. I'm very trustworthy. Really I am. Just hand them over.

You'll ne needing an erstwhile secretary then...I'm on my way! (ooh, my WV for this is 'conarse'...not sure what to make of that!!)

Sadly, all my dreams are thwarted.

I'm beginning to think that's intrinsic to the very nature of dreams...

Here's one of my recent ideas - you know those wheely cases that seem really popular and almost certainly contain laptops and iPhones? How about building a phone/laptop charger into them, powered by the furiously turning wheels as they are dragged about by pseudo important middle managers? The biggest problem is that it's costly to patent inventions, and as James Dyson found to his cost, big companies may feel they can simply steal your ideas and put you out of business before you can do anythng about it, patent or not. As for "ideas" you're on shakier ground assserting your intellectual property rights there unfortunately I reckon.

By the way - speaking as a bloke who has to tolerate getting regular reprimands for being innatentive, easily distracted, lazy and immature at work (I've had to apologise several times in the last two weeks) I feel I've never been cut out for traditional work either.

Venture capitalists - what a capital idea WWW - I shall most certainly look into it!

Thanks Steve. The US tend to have thought of most stuff already, but I might well revisit my researches in that area.

Ok Notabene. Send me a brown envelope full of cash and we'll talk.

Sagittarian a PA? You are too kind! No really. There is currently no salary attached and I don't even know your typing speed ;-)

Rol, you're an artist through and through.

Urko - that's a great idea re the self-charging electronic cases! Do you know anyone who might introduce you to a venture capitalst (if they still exist)? I have been sending some of my ideas to revolutionise University education to the various key figures in education this week, along with the carrot of plenty more where they came from if I can come and eat their biscuits. If all else fails, there is always the wheelie bin with the cat flap up my sleeve after all!
;- )