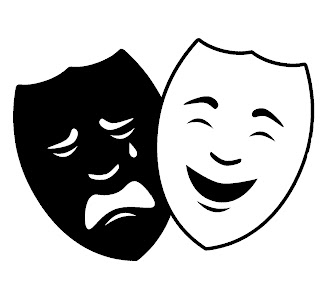 I have just been listening to a Radio 4 programme called Iconoclasts in which some bloke called Stephen Pillock (or was it Pollard?) proposed that arts funding should be scrapped as this country had better things to spend its money on than the arts and most were of little interest to the public in any case.

Although he was roundly opposed, I swiftly fired off a missive to point out that this once-proud manufacturing nation now had little else left to export except the arts, so perhaps our assets should be marketed more effectively, then they might actually pay their way and require less funding. In addition wasn't this country dumbed down enough to the point of a new class system evolving comprised of an underclass and the educated, and if there were no outreach exposure at all on the part of the arts to the culturally-challenged, this could only get worse.

Sadly, only my first point was read out, but it was interesting to hear Stephen Pollard floundering for words when countering my statement that this country was no longer a proud manufacturing nation. Finally he came up with an export retort we can truly be proud of - 'munitions'!

I nearly fell off my chair.

Selling arms to our enemies to use against us? What a good idea. Time was when that was treason, no less. Now, according to Mr Pollard, it is evidently more worthwhile selling munitions than turning our nation's artistic talent into a marketable commodity.

So many artist, musician and poet friends are not even receiving arts council funding and find it harder to scrape a living here (irrespective of the size of their talent) than they would in Austria, Germany or even Poland, where it is still customary to pay for art and entertainment and acknowledge the reasonable need of the artist to eat. In France you can even be a philosopher and get paid and valued for it.

Not that I disagree that some art is unworthy of the name, but hey, even the appalling stuff helps us recognise the extraordinary when we behold it.

I also count among the arts British television drama which has already proven it can be sold around the world successfully (the first major example - The Onedin Line - is still making the BBC money internationally and via DVD sales 40 years after its first series!)

Twelve years ago as an impoverished bank clerk I was awarded a BBC Radio Writing course by the Birmingham branch of the Arts Council which I could never have afforded otherwise. I may not have done much radio writing since, but I have done a great deal of other writing and it certainly helped boost my confidence in my talents and abilities. I have treasured the memory of that special week in the wilds of Wales ever since and can only hope that such nurturing opportunities are not quashed by the likes of Stephen Pollard.
Posted by The Poet Laura-eate at 11:15 pm

Oh the Pollards of the world, Laura, the word, of course, being interchangeable with "Dullard".
How dreary it must be to live in a world so absent of colour that one only contemplate giving your enemies the means by which to end it all.
XO
WWW

The whole Iconoclasts strand seems to be a conscious effort by the BBC to show the haters that it’s not a leftist-dominated cabal: abolish arts funding; close the NHS; sterilise the unfit. Maybe the last one will be arguing for women losing the vote, or the return of child chimney sweeps.

Since when is sterilising the unfit any proof of not being "leftist"?!

Working in the arts sector my colleagues and I are already feeling the effects of cut-backs with various funding bodies closing down or curtailing their work. This has been going on for years. As you say, given the right marketing the arts can pay their own way. Pillock? Damn right.

I'm guessing the raison d'etre of this show lies in the name - Iconoclasts - which is really only a fancy word for philistines. There'll always be the Pillocks of this world, Laura, and I think Tim's right - he's probably the Beeb's token reactionary.

Might I suggest another British Invasion in the music industry. Now would be an excellent time, the current scenein the Colonies is appalling.

..and for gawdsake don't let David Attenborough die. Ever! He is the Golden Goose.

Having performed with the Dead Good Poets Society in Liverpool for 7 years I've seen the positive benefits of poetry in particular to an incredibly diverse range of people - helping them work through personal issues, develop skills, self-confidence and self-worth, hear and consider other people's views, meet and communicate with people.

We lost our Arts Council funding to do outreach work in an area when a small investment can make a massive difference. I don't know much about the wider arts scene, but I'm sure that tax-payers are paying for other stuff (e.g. administration, inflated expenses and shindigs, oh and WAR) that does far less good in the world, and we would be diminishesd as a society without access to the arts.

Without the arts, we are lost.

Dullard indeed WWW - what an apt description for him!

Tim Footman, thanks for dropping by. I do believe you have something there. The Beeb is probably playing Devil's Advocate to pretend they can be just as rabidly counter-unbalanced.

Hi Steve - yes any body reliant on funding likes to keep us living in terror of our jobs, though not entirely without reason these days, it has to be said.

Tessa, you mean they're going on this show and actually secretly being insulted? Wow!

Otto, I hate to disappoint you but we NEED an invastion IN the British music industry, it's all re-hashes of old stuff and mash-ups of the re-hashes with a twist of Glee-ful X-factor now. If ONLY we had some solid talent left to export. Unless it's well-hidden and the dross is the only stuff getting out.

Broken Biro, thanks for visiting. I wholeheartedly agree. And feel for you that your funding was slashed.

Shakespeare - eat your heart out, Notabene, for that was a quote worthy of the bard himself.

It sounds like he's a weapon - a right tool of war.

Isn't he the bloke who looks like he's been up for 200 years because his eyes are so blackened? Or, maybe, an improvished artist had a word with him.