Ask What Your Government Can Green For You 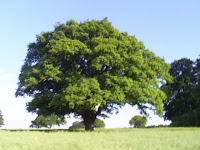 A culture of environmental blame and guilt is putting the onus on every one of we wanton wastrels of Earth's precious resources to mend our ways. And yes of course, the vast majority of us have 'oil on our hands' and need to do a great deal more than we're currently doing to neutralise our big ugly carbon bootprints.
However turn the issue around and consider what a handy smokescreen this is to distract us from enquiring too closely what our own government is doing about the environment, yes, that august body we look to for leadership and which was elected (albeit by the narrowest whisker), to lead, and let's ask our 'Brownfield site' the following key questions;-

I don't support 'pay as you throw' incidentally. It is just an excuse to separate charges so that councils can cash in. I remember what happened to my grandparents' bills some years ago. The moment 'water' became a separate cost to be paid to a private water company and not part of the all-inclusive local council 'rates' charge, it started becoming an exhorbitant charge in its own right and my grandparents never got a penny back in rebate either, now the 'rates' no longer paid for water. To further confuse and confound taxpayers from protesting, councils countrywide started re-branding 'rates' council tax, notwithstanding a costly and disastrous flirtation with 'poll tax' in between.

UPDATE 30/08/07: Friends of the Earth have just contacted me to mention their campaign to put pressure on the British Government to do more (hurrah!). It's called The Big Ask

*Posting photo by me!

Posted by The Poet Laura-eate at 5:56 pm

Brilliant post. You need to run for Parliament. Or something!

Totally agree with everything. It all makes perfect sense... so why aren't they doing it...?

Money money money. As always its the one and only motivation and the most short sighted.

Everybody in this country needs access to a garden or an allotment and be given incentive for growing their own veg. No packaging, less traffic on the roads and loads of homemade organic compost for next year's crop. Ok. Not very practical on the face of it but I suspect it's only that way because it's not "cost effective". How I hate that phrase.

But not as much as I hate "runaway greenhouse effect".

Yes I deplore environmental hysteria whether pro, or in complete denial about the importance of greening up, when most of the steps that need taking are actually more about common sense and looking at the big picture, rather than nit picking.

Plus there's no point in any of us buying low-wattage bulbs if we STILL proceed to leave them on all the time! Greenness is not just about a new sort of consumerism one-upmanship, but changing habits, or using what one has (the greenest option of all) sensibly until it naturally wears out and can then warrant replacing with something AAA efficiency-graded.

I don't claim to be a paragon of greenness, but a few things I do are try and buy clothes that last at least five years, not buy food I won't eat, not leave anything switched on unnecessarily, not take more than 2 flights max per year. Just commonsense stuff really.